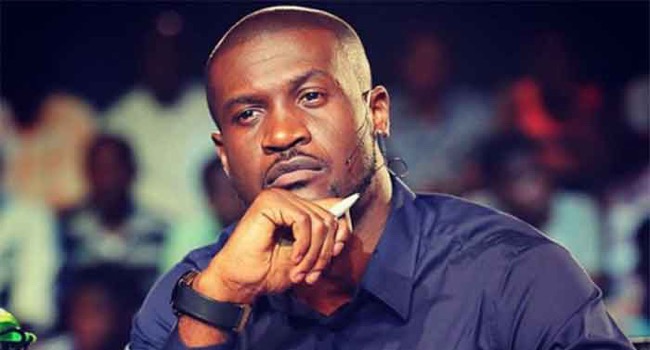 Peter Okoye of the former music group, PSquare, may have opened old wounds over their family feud after revealing in an interview that he is still not on speaking terms with his elder brother Jude.

The singer who now prefers to be called Mr P in a fresh interview with Dotun of Cool FM noted that himself and his brother, Jude, have not spoken to each other after the dissolution of PSquare.

When asked by the anchor of the show about his relationship with Jude who was his former manager and if they still talk to each other, the now solo singer said; “No we don’t. I am not beating around the bush. I am being honest, no we don’t”.

Recall that the lingering feud among the Okoye brothers was officially declared over in the month of August 2016, when Jude, the eldest joined his twin brothers for a picture pose which seemingly put paid to the prolonged misunderstanding among the siblings.

The picture pose came weeks after Peter came out to publicly apologise in a video for the feud among them while also claiming responsibility for what may have transpired among them.

The feud among the brothers started in early 2016 when Peter fired Jude who runs Northside Entertainment on Twitter citing a lack of structure and irreconcilable differences.