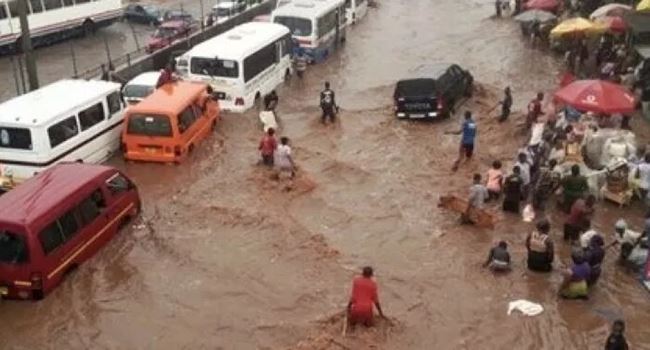 The United Nations (UN) Secretary-General António Guterres has projected that by the year 2030, about 50 per cent of the world’s population would live in coastal areas, which are exposed to flooding, storms and tsunamis.

In a message to mark the World Tsunami Awareness Day, celebrated every November 5, Guterres called on all countries, international bodies and civil society to increase understanding of the deadly threat and share innovative approaches to reduce risks.

“We can build on the progress achieved, ranging from better outreach to tsunami-exposed communities around the world, to the inclusion of a tsunami programme in the UN Decade of Ocean Science for Sustainable Development”, Guterres said

“Rising sea levels caused by the climate emergency will further exacerbate the destructive power of tsunamis.

“We must limit warming to 1.5 degrees over pre-industrial averages and invest at scale in the resilience of coastal communities.”

Also, the UN chief noted that rapid urbanisation and growing tourism in regions prone to tsunamis were also putting even more people in harm’s way.

“That is why the UN has chosen enhancing international cooperation for developing countries, as the theme of this year’s World Tsunami Awareness Day,“ he said.

Furthermore, Guterres said science, international cooperation, preparedness and early action must be at the centre of all efforts to keep people and communities safer.

The secretary-general also appealed to stakeholders to deliver on the Sendai Framework and together build resilience against all disasters.

According to him, tsunamis are rare events but can be extremely deadly.

The highest number of deaths occurred in the Indian Ocean tsunami of December 2004 that caused an estimated 227,000 fatalities across 14 countries and in which Indonesia, Sri Lanka, India and Thailand were the hardest hit.

Just three weeks after the disaster, the international community came together in Kobe, Japan and adopted the 10-year Hyogo Framework for Action, the first comprehensive global agreement on disaster risk reduction.

After the Hyogo Framework for Action expired in 2014, the world adopted the Sendai Framework for Disaster Risk Reduction 2015 to 2030, outlining seven clear targets and four priorities to prevent and reduce disaster risks.

Related Topics:2030FloodFloodingstormstsunamisUNUnited Nations
Up Next