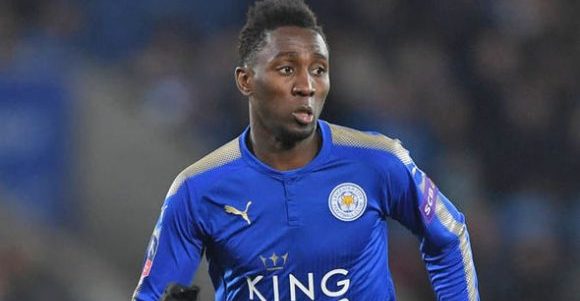 Super Eagles midfielder, Wilfred Ndidi has been ruled out of Leicester City squad for up to 10 days following the injury he picked up last Wednesday.

This was revealed to thenpress by the Foxes manager, Brendan Rodgers, who admitted the injury was not serious.

Ndidi was substituted in the 42nd minute during Wednesday’s hard-fought 1-1 draw with Everton in the Premier League.

“He will be [out for] a week to 10 days, which is unfortunate, but sometimes hamstrings can be much longer than that,” added Rodgers.

The Nigeria international joins other key players in the injury list, with star forward Jamie Vardy also currently ruled out of the squad.

“Jamie is a top-class player, so is Wilf, but we’ve managed to get good results consistently over the season.

“As a coach or a manager, you have to find a way to get results and, very importantly for us, [maintain] the performance level.

“We played very well in midweek and we’ll look to take that into our next game,” said Rodgers.

Leicester will host Leeds United next in the Premier League this weekend.