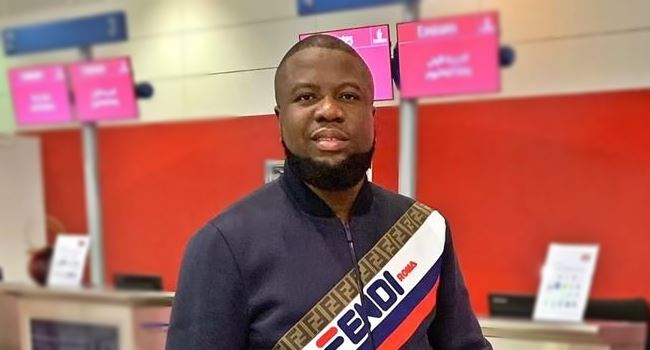 Gal Pissetzky, the lawyer of the suspected internet fraudster, Ramon Abass, aka Hushpuppi, said on Wednesday his client was on his way to California, United States, for trial.

Abass, who was arrested in Dubai, United Arab Emirates (UAE) last month, is standing trial for alleged internet fraud in different parts of the world.

The prosecutors had said earlier this month the suspect risked 20 years prison sentence if he was convicted of the charges.

Pissetzky, who is a Chicago-based lawyer, also dismissed reports that Abass had been released.

READ ALSO: Hushpuppi has a good chance of beating fraud allegations against him –Lawyer

The lawyer told journalists that he was still representing the suspect in court.

Pissetzky said: “He has not been released and I am still his lawyer. He is on his way to California. Not everything you see on court documents is accurate.

“Just because the jail record says ‘released’ does not mean he has been released. He is being transferred to California.”

Related Topics:Hushpuppisuspected internet fraudster
Up Next

Respond to Ndume’s claim that the military is underfunded, PDP challenges Buhari’s govt