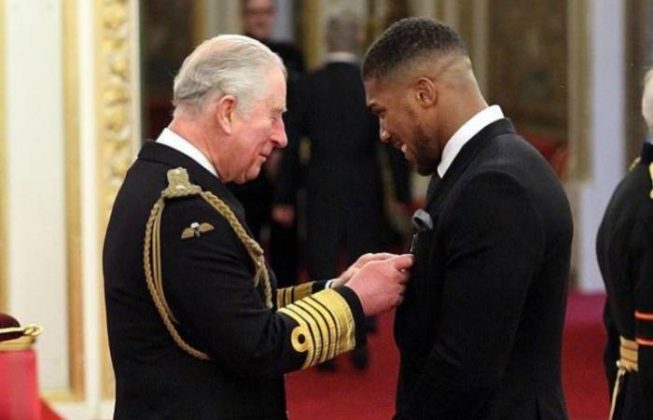 The 71-year-old Prince of Wales, who tested positive for the disease as cornfirmed by a statementon Wednesday, had contact with Joshua during the 2020 Commonwealth Day service just 16 days ago.

The Duchess of Cornwall, 72, has also been tested, but was found not to have the virus.

A spokesman for heavyweight champion Joshua confirmed he has not shown any symptom of the virus, but will remain at home.

“AJ is at home following government guidelines, he is fit and well.

“He wishes everyone affected a speedy recovery and a huge thank you to all the front line key workers,” said the spokesman.

The WBA, WBO, IBO and IBF champion is scheduled to fight Bulgaria’s Kubrat Pulev at the Tottenham Hotspur Stadium on June 20.

But with the coronavirus pandemic currently ravaging the UK and the rest of the world, the heavyweight title fight is expected to be postponed until a later date.