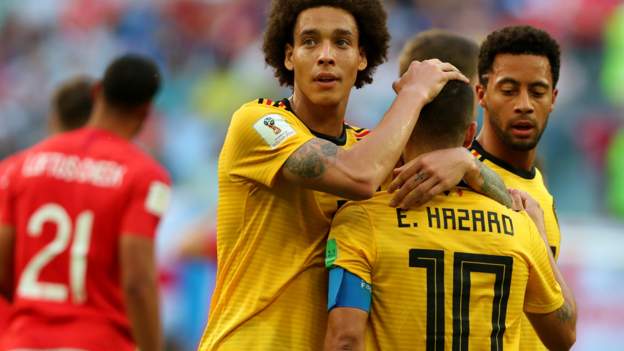 With two goals in each halves by Thomas Meunier and Eden Hazard, Belgium defeated England 2-0 to finish as second runners-up of the 2018 FIFA World Cup.

The victory on Saturday for Belgium was a repeat of their group stage encounter with the Three Lions, which ended 1-0 in their favour as they topped the group.

Meunier ensured Belgium had a good start as he scored only 4 minutes into the game.

England defence was all over the place as Romelu Lukaku puts in Nacer Chadli, who delivers a low cross for Meunier to poke home from close range.

The Red Devils held on to the lead amid several chances England had to equalise, and Hazard sealed the win with a nice finish on 81 minutes.

It is their first ever World Cup bronze, and Belgium will he consoled by the feat after they failed to see off France on their way to the final.

England’s previous third-place play-off was 28 years ago when they fell to a 2-1 loss to Italy.

As a consolation for England however, team captain Harry Kane still stands a high chance of winning the Golden Boot, as the leading scorer of the tournament with 6 goals.

The final of the Russia showpiece will go down at the Luzhniki Stadium on Sunday between France and Croatia.