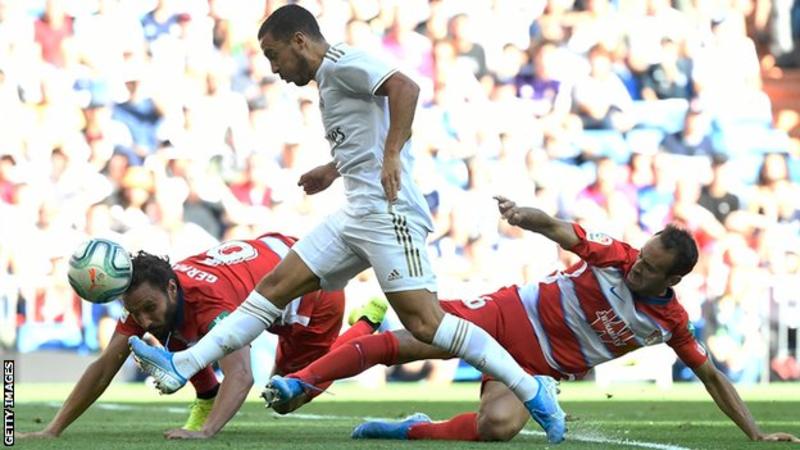 Real survived a fightback from the visitors to stretch their lead at the top of the league table.

Hazard, who signed from Chelsea at the end of last season, scored at the stroke of half-time Karim Benzema’s second-minute opener for the hosts.

Read Also: Hugo Lloris taken off with arm injury as Spurs fall to defeat at Brighton

Luka Modric added an excellent third in the second half, but Darwin Machis and Domingos Duarte responded for Granada.

The result sees Real open up a four-point gap over second-placed Granada.