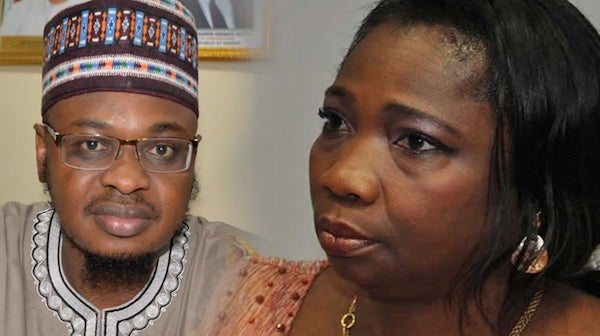 A war of words has ensued between two top government officials in Nigeria over the purported ejection of staff of Nigeria Diaspora Commission (NIDCOM) from an office complex in Abuja.

The Chairman and Chief Executive Officer of NIDDCOM, Abike Dabiri-Erewa, had last week accused the Minister of Communications and Digital Economy, Isa Pantami, of using armed security personnel to chase the NIDCOM staff away from the office complex offered to them by the Nigeria Communications Commission (NCC).

Responding to the NIDCOM chief’s claim on his Twitter handle – @DrIsaPantami – the minister described the allegation as “a big fat lie.”

He said: “This is a fat lie from her. The owner of the building @NgComCommission has faulted her lies on their social media platforms. The minister has never given that directive to any gunman. We need to be very objective in reporting. I have never sent any gunmen there, and I have no one.”

Dabiri-Erewa later fired back and claimed that the minister treated her badly because she was a woman.

She said: “An Islamic scholar should not lie hon minister (Phd). You did that to me because I am a woman. Your disrespect for women is legendary. Left the ugly incident behind me since February.”

This development is not the first time members of the administration have disagreed publicly, calling to question the president’s hold on his government. Watch the video below: