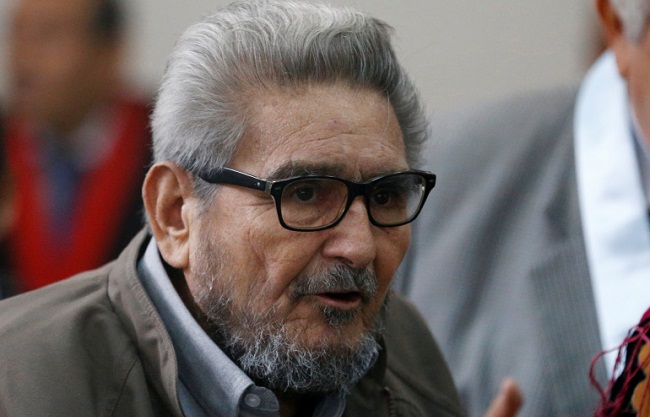 The founder of Peruvian rebel group, Shining Path, Abimael Guzman, has died in prison at the age of 86.

Guzman, who has been in prison after he was captured in 1992 in Peru’s capital, Lima, and jailed for the rest of his life after being convicted as a “terrorist”, died in his cell on Saturday, as he was set to receive more medical attention.

Guzman and his group, Sendero Luminoso, or Shining Path in English, nearly overthrew the Peruvian state in a bloody Maoist revolution, according to state media.

Susana Silva, head of Peru’s prison system, told RPP radio on Saturday that Guzman had been ill in recent months and had been released from a hospital in early August.

She said his health condition worsened in the past two days, without elaborating further, adding that Guzman was set to receive more medical attention on Saturday but died in his cell at about 6:40am local time.

A former philosophy professor, Guzman was a lifelong communist who travelled to China in the late 1960s and was awed by Mao Zedong’s Cultural Revolution.

He resolved to bring Mao’s brand of communism to Peru through a class war that he launched in 1980.

On getting back to his country, he founded the Shining Path, transforming it from a ragtag band of peasants and radical students into a potent rebel group.

An estimated 69,000 people, mostly in Peru’s poor interior, were killed between 1980 and 2000 in the internal conflict launched by the Shining Path.

Shining Path’s bold and immaculately planned attacks, its networks of informants and spies, and Guzman’s uncanny ability to evade arrest gave him an almost legendary reputation for seeming to be in all places at once.

His followers called Guzman the Fourth Sword of Marxism, after Marx, Lenin and Mao, and idolised him in revolutionary chants, songs, posters and literature.

READ ALSO: Peru in turmoil, gets third president in one week

He studied law and philosophy at the University of San Agustin in Arequipa, where he wrote two graduate theses: “The Theory of Space in Kant’ and another on law titled ‘The Democratic-Bourgeois State.’

After Guzman was captured by police at a spacious safe house in Lima in 1992 and sentenced to life imprisonment, the Shining Path largely collapsed as a military threat, although remnants remain to this day.