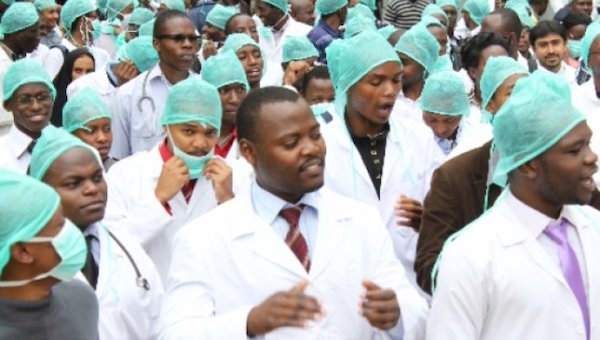 Health workers under the aegis of the Joint Health Sector Unions (JOHESU) are expected to begin a nationwide strike from midnight on Sunday over Federal Government’s inability to meet their demands.

The JOHESU President, Mr. Josiah Biobelemoye, disclosed this in a letter addressed to the Minister of Labour and Productivity, Dr. Chris Ngige, in Abuja.

The health workers had asked the federal government to address the structural and infrastructural decay in the nation’s health sector and review the implementation of COVID-19 special inducement and hazard allowance.

Ngige had on Friday called for a conciliatory meeting between the federal government and JOHESU.

At the meeting, the government directed JOHESU to consult with its members on the agreement reached by both parties and report back to the government on Saturday.

However, Biobelemoye told the minister that JOHESU unanimously agreed at its National Executive Council (NEC) meeting held on Saturday that nothing concrete was achieved at the parley with the government and opted to go ahead with the strike.

He said: “Therefore, the 15-day ultimatum still subsists, and with effect from midnight of September 13, 2020, our members shall withdraw their services due to the government’s inability to meet their demands.”