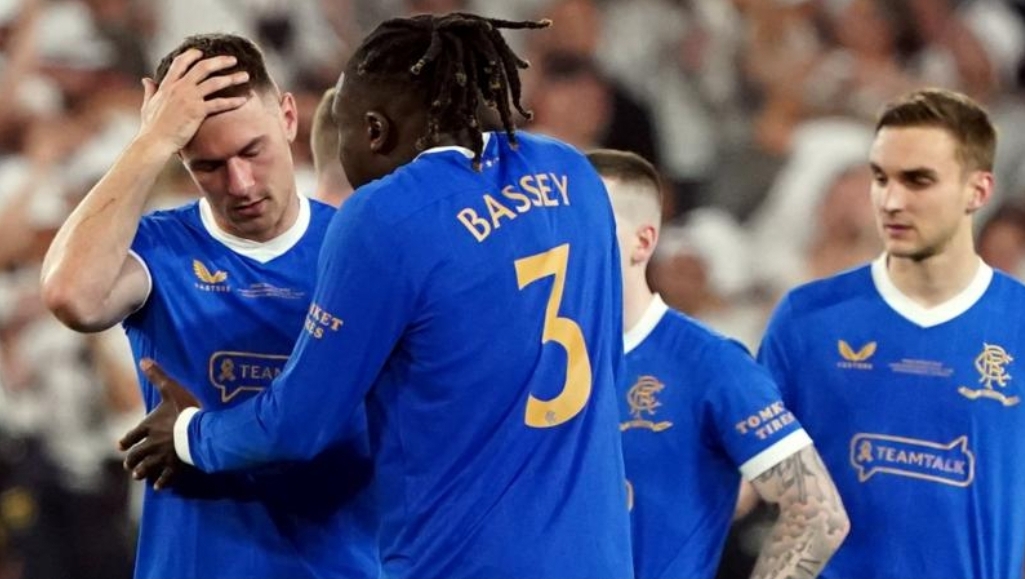 Super Eagles trio of Leon Balogun, Joe Aribo and Calvin Bassey failed to make the intended history with their club Rangers as they lost in the Europa League final on Wednesday night.

Aribo was on target for the Scottish side as they led from 57th minute before Rafael Borre leveled things up for Eintracht Frankfurt minutes later, forcing the game into extra time.

Both sides continued in the tense tie and had to settle the fight in a shootout, in which German giants Eintracht carried the day with a 5-4 victory.

10 penalties were taken and nine were successfully converted while former Arsenal star Aaron Ramsey, who had come in on 117 minute as a substitute, missed his own kick for Rangers.

The triumph for Eintracht means they are winning their first European trophy since the 1980 UEFA Cup.

The victory also seals a place for the Bundesliga side in next season’s Champions League group stages.

Meanwhile, Nigeria’s Bassey was the man of the match followinv his superb contribution in the game. He was a hero for Rangers in Seville and througout his side’s Europa League campaign.

Next up Rangers if the final of the Scottish Cup which is in just three days. The Van Bronckhorst side will face Hearts on Saturday for another go at a trophy this season.