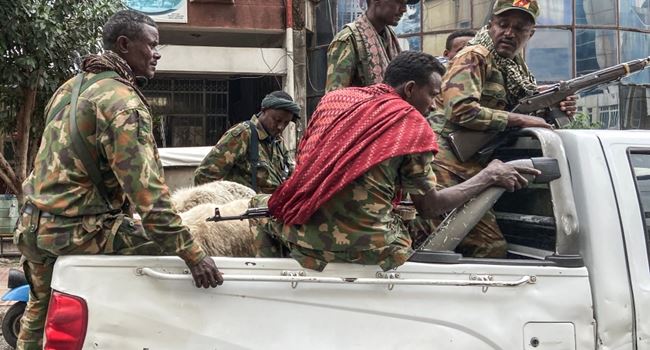 Heavy fighting has reportedly broken out in several areas in Ethiopia’s northern region of Tigray between rebels and federal troops.

The fighting which began on Tuesday, started when the Tigray Defence Force (TDF) seized several towns, forcing the Ethiopian military to send troops to quell the uprising.

The current conflict is the most serious fighting since November, when the Ethiopian government declared victory in the conflict.

Thousands of people have been killed and millions displaced in the war that started almost eight months ago, and has also made some five million people in Tigray in need of food aid and more than 350,000 living in famine conditions, according to a recent UN-backed estimate.

The reports of the fighting comes as ballots are being counted from Monday’s general election.

Army spokesman Colonel Getnet confirmed there was fighting but denied that any towns, army equipment or soldiers had been captured.

“While the Ethiopian government was busy with the national elections and the GERD (Grand Ethiopian Renaissance Dam) issues, the terrorist TPLF, a key part of the TDF, along with its young recruits, was actively involved in terrorist activities,” he said.

He added that operations were underway to capture the rebel leaders.