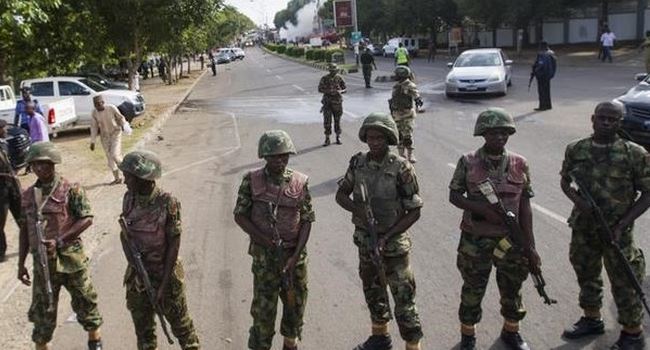 A heavy military presence has been witnessed in many local government areas of Bayelsa State ahead of Saturday’s governorship election in the state following the killing of a riot police inspector during a clash between thugs loyal to the Peoples Democratic Party (PDP) and All Progressives Congress (APC) at a rally in Ogbolomabiri, Nembe area of the state.

In Yenagoa, the Nigerian Army has started conducting a stop and search operation to prevent breakdown of law and order following reports that suspected political thugs dressed in military uniforms are allegedly distributing guns to young men to foment trouble during the election.

There have also been reported cases of violence in Nembe, Azuzuma, and Ogbia with people in the communities said to have fled to the forest.