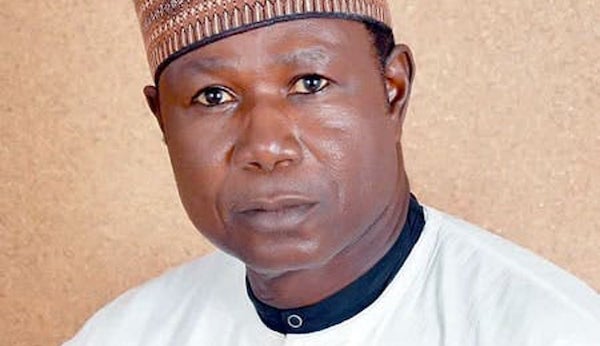 The Middle Belt Forum (MBF) on Sunday urged the Federal Government to collaborate with state governors to flush out criminal herdsmen from forest reserves across the country.

The MBF President, Dr. Pogu Bitrus, who made the call in a statement in Abuja, said the Forum was opposed to any attempt by the federal government to escalate the ongoing tension in the land with the decision to arrest a grassroots politician, Mr. Sunday Adeyemo, aka Sunday Igboho, over last Friday’s violence in Oyo State.

He insisted that the only way to end the problem is to completely flush out the herdsmen from the nation’s forest reserves.

The Ondo State governor, Rotimi Akeredolu, had last week given the herdsmen a seven-day ultimatum to quit the state’s forest reserves.

The development had pitched the state government with the presidency after the Senior Special Assistant on Media and Publicity to the President, Garba Shehu, described the quit notice given to the herdsmen by Akeredolu as “unconstitutional.”

The statement read: ”The attention of the Middle Belt Forum has been drawn to the storm of reactions over the quit notice issued by Governor Rotimi Akeredolu of Ondo State to criminal herdsmen to either vacate the state forest reserves or face the full wrath of the law.

”We are also worried at the turn of events in the South-West and the order issued by the Inspector-General of Police, Mr. Mohammed Adamu, for the arrest of Mr. Sunday Adeyemo, aka Igboho, over his alleged role in the violence that took place at the weekend in Oyo State.

”While we welcome the bold decision by the governor to protect lives and property of citizens threatened by the activities of bandits that have now found safe havens in forests, we are completely opposed to any action by the Federal Government to escalate the ongoing tension as demonstrated by the arrest order on Igboho.

”As the umbrella organisation representing ethnic nationalities in the Middle Belt region, the MBF is in total support of ridding Ondo State of bandits and criminal elements as contained in the ultimatum handed down on criminal herdsmen by the governor.

”As the Chief Security Officer of Ondo State, Governor Akeredolu is rightly entitled to protect citizens that are now under constant siege by criminal elements.

”For those who insist that the quit order on criminal herders amounts to infringing the citizenship rights of Fulani, the Forum wishes to reiterate that Akeredolu’s quit order is to unregistered herders occupying the forests and involved in kidnappings and banditry.

”The MBF wishes to state that it is unacceptable for the Federal Government to interfere in the genuine efforts deployed by Governor Akeredolu to end the ceaseless abductions of peaceful citizens for ransom.

”We find it inscrutable for the President Muhammadu Buhari-led administration to insist on defending criminals whose major preoccupation is unleashing violence and terror on peaceful communities.

”What the Federal Government should do now is to assist Akeredolu and other state governors to flush out these criminals and end the culture of lawlessness ripping across not only Ondo but also other states where these outlaws have turned our nation’s forest reserves into safe harbours for their crimes.

”The Forum recalls that in the height of grisly killings and devastations that trailed many communities in Benue State, President Buhari had called on the people to return home and learn to live with their neighbours in peace.

”When neighbours decide to turn themselves into agents of terror on their fellow neighbours who are peace-loving, then, such neighbours are no longer neighbours but outlaws that must be arrested and be made to face the law.”