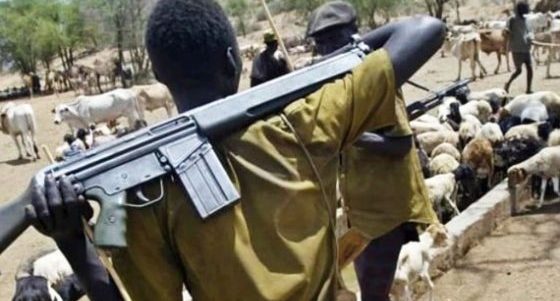 It was another round of killings and destruction of properties, as suspected herdsmen again attacked Barkin Ladi Local Government Area of Plateau State.

The attacks, which took place on Tuesday night, led to the death of over eight persons.

The police confirmed that 95 houses were also burnt and 310 cows stolen during the attacks.

According to reports, a pastor of the Church of Christ in Nations, Rev. Adamu Gyang Wurim, his wife and three children were killed, while his church located at Abonong village, Foron district was set on fire.

The pastor and his children were said to have been burnt beyond recognition in his bedroom while his wife was shot in the bathroom.

A source said: “The attackers armed with machetes and AK47 rifles stormed the village at about 8pm on Tuesday, shooting sporadically and burning houses including part of the reverend’s house.”

Also speaking on the attacks, the Chairman of the Berom Youth Movement (Foron Branch), Thomas Tsok, said: “The herdsmen first shot at two young men walking out of the village where they had gone to charge their phones at the pastor’s house, killing one and wounding the other.”

Read also: We saw Kwankwaso’s Eagle Square story in the news like every Nigerian— APC

He also disclosed that four other persons were shot on Wednesday morning in Fan and Bek villages by security operatives attached to the Special Task Force codenamed Operation Safe Haven.

The herdsmen, Tsok said, also rustled 60 cows from nearby Zayit village where they destroyed a church.

Also in an earlier attack on Tuesday, herdsmen at a mining site in Wereh village, Ropp District in Barkin Ladi LGA had resulted in the killing of one and wounding of another.

While confirming the incidents, the spokesperson for the Plateau State Police Command, Matthias Tyopev, a Deputy Superintendent of Police, said investigations had commenced.

He said: “On 28/08/2018 at about 2000hrs, the Plateau State Police Command, Jos received information that some communities in Foron District of Barkin Ladi LGA namely: Abonong and Zayit were under attack by unknown gunmen. The command quickly mobilised to the communities.

“While the police were approaching the areas, the attackers sighted them from afar and ran away from the scene of crime. As a result of the attack, eight persons lost their lives, three people were injured, 95 houses were burnt down and 310 cattle were stolen.

“Property and foodstuff were looted and destroyed. The Police Command has deployed more personnel in the areas to prevent further attacks. Investigation is ongoing to track and arrest the perpetrators of the dastardly act to face the consequences of their actions.”