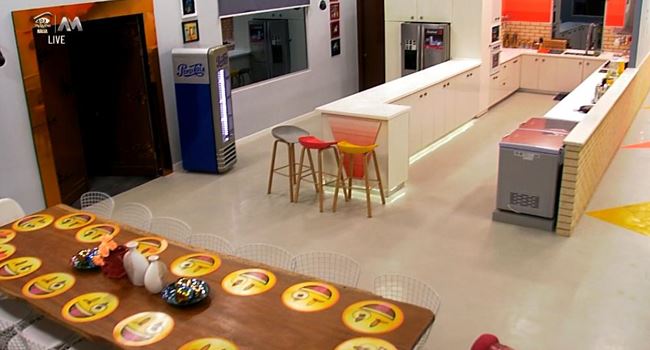 On Sunday, September 5, Hollywood actor, Boma Akpore and the married fledgeling thespian, Tega Dominic were evicted from the competition alongside Michael and Peace during the first ever Big Brother Naija King Size eviction show.

The eviction of Boma and Tega was met with applause and cheers from viewers due to the amoral activity that occurred between the two on national television.

Tega Dominic has since reconciled with her husband, Ajeboh Dominic who made headlines after he revealed during an interview that he fell into depression after he saw his wife having the time of her life with a fellow reality star. While Tega seems to have moved on from the controversy, Boma is still entangled in a war of his own trying to create a noble identity for himself.

For the remaining thirteen competitors in the house, the competition can only get more intense as they edge closer to the grand finale. The coming week will test the ability of housemates to be creative, to be original and most importantly connect with the viewers.

During the week, a couple of housemates were exposed and called out on their inability to be creative and entertaining without depending on someone else. The days of hiding behind the numerous massive number of contestants has come to an end, it is time to stand alone and give the audience content.

Ripples Nigeria has gathered some of the most vulnerable moments of housemates;as a matter of fact, there was a fight. Without further ado, let us get into it.

1. Queen ready to fight for Whitemoney’s love, says she is jealous of his friendship with Jackie B

Jackie B had to move on from the eviction of her favourite housemate and love interest, Michael. Recall Michael was surprisingly evicted from the show on Sunday, Jackie B had to deal with his departure by finding solace in the arms of Whitemoney, the official ‘clown’ of the house.

While Jackie B was spending too much time with Whitemoney, someone was fuming. Queen who has divulged her admiration for Whitemoney could not condone the in-house chef’s friendship with Jackie B.

She decided to wage war on Thursday, September 9.

Queen approached Whitemoney on Wednesday night accusing him of not being loyal to her.

According to her, Whitemoney’s emotional attachment with Jackie B will affect the friendship she’s trying to build.

Disclosing that she’s a jealous person with her friends, Queen told Whitemoney to avoid her if he would not be loyal to her.

“You are getting emotionally attached to Jackie B who I’m trying to create a friendship bond with.

“You are doing this will not make my friendship work with her. You did this too with JMK and I tried to be cool with her, even though I knew you were getting close to her.

“I expect a certain amount of loyalty in friendship and I feel you’re doing contrary to your actions.

I’m very jealous when it comes to my friends or anyone I’m close to,” Queen said.

2. Nini pushes Saga away, says he is too clingy

Nini has given her love interest, Saga, a piece of heart. She slammed him for always following her around.

Nini told Saga that his attitude in the House will make his father think he is stupid.

“Your dad would think you are stupid for following me around.

“He would be like this is not my son: what happened to him?.”

3. Angel says the game is becoming boring, urges Biggie to ‘shake up’ the house

Angel during her diary session on Friday, September 10 admonished Big Brother to prank the housemates because the show is becoming boring.

Angel told Biggie to ‘shake up’ the house and make the housemates come out of their comfort zones.

“The house has been boring so all I’ve been doing is sleeping, doing tasks, going back to sleep, talking to my fish and that’s it.

“The house is boring. We need something to shake up the house. Nothing is happening in the house and I’m bored. I’m lonely because it’s boring. Everything is boring.”

On Wednesday night, JayPaul gifted Saskay a flower to disclose his sincere admiration for her. This action makes the theme of the love triangle between JayPaul, Saskay and Cross more interesting.

JayPaul acquired the flower for Saskay for N500 ‘Abeg Naira’ making things uneasy for Cross who is also in love with Saskay.

And to make matters worse for him, Angel, Jackie B and Nini started applauding and hailing Jaypaul for the romantic gesture to Saskay.

However, Whitemoney approached the stranded lover and consoled him by saying:

“The Lord is your strength, take heart.”

But he responded and said; “Wahala for who no dey up for eviction oh.”

“Go and do something to ginger your people. E choke!”

Cross is not up for possible eviction from the reality show this week.

However, Saskay is; alongside Jaypaul, Whitemoney, Jackie B, Liquorose, Queen and Saga.

On Friday, September 10, the photographs of the other thirteen housemates that have left the competition were hung up in the living room by the remaining Shine Ya Eyes candidates.