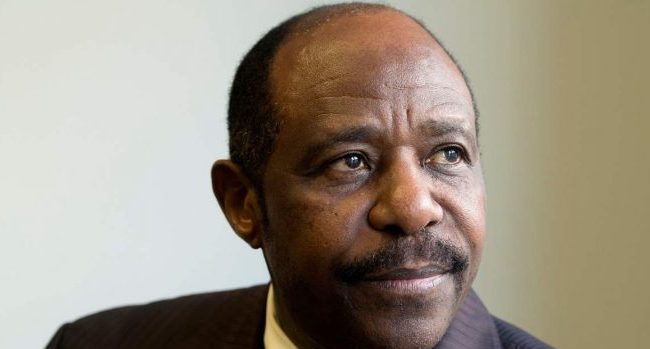 In what appears to be a twist, Paul Rusesabagina, who was portrayed as a hero in a Hollywood movie about the 1994 genocide in Rwanda, has been charged with 12 counts, including terrorism.

Rusesabagina, a government critic and leader of the opposition, Rwandan Movement for Democratic Change, appeared in a Kigali court, where he was accused of complicity of and forming or joining an irregular armed group.

Rusesabagina is credited with saving more than 1,200 Rwandans by sheltering them in a hotel.

His Rwandan Movement for Democratic Change, is said to have an armed wing called the National Liberation Front.

The 66-year-old Rusesabagina,
has Belgium citizenship and was living abroad, though how he got to Rwanda is yet unclear. His family however said that the charges against him are politically motivated, alleging he was kidnapped while in Dubai for meetings and brought to Rwanda against his will.

Commenting on the development, his lawyer, Vincent Lurquin, said he hoped he could get to Rwanda this month.

“In order to go to Rwanda, there is a big procedure, especially with visas. So we hope that the Rwandan government will accept that we have visas in order for us to defend Mr. Rusesabagina over there.

“But I have to tell you that the talks between the Belgian and the Rwanda authorities on that front are not progressing much”, Lurguin said.

He has also called for his provisional release.

“The conditions of his detention are very tough for him and for his health. But other than that he cannot talk about anything else as he is never alone, even when he speaks with his family over the phone,” said the lawyer.

The Rwanda Investigation Bureau also insisted that international cooperation was involved in detaining Rusesabagina, who has lived abroad since 1996 and holds both Belgian citizenship and a US Green Card.

The bureau however refused to provide further details.