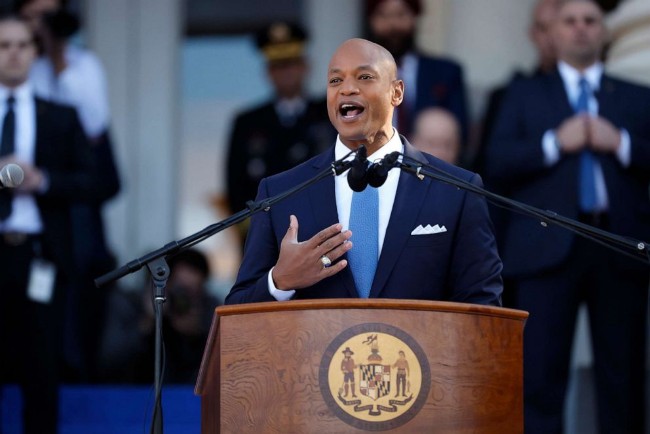 History was made on Wednesday as the US state of Maryland swore-in its first Black Governor, Wes Moore, which also made him the third black man ever elected in the country.

Moore’s inauguration as the 63rd Maryland Governor by Maryland by Maryland Supreme Court Chief Justice Matthew Fader, was held at the Maryland State House, which is the oldest state Capitol in the US still in continuous use and walking distance from a dock that was once one of the largest slave ports in America.

Moore, whose parents migrated to the US from Jamaica, had defeated GOP nominee Dan Cox last November which saw his Republican party flip the governorship.

His inauguration drew political and non-political stars, including actor and comedian Chris Tucker and Oprah Winfrey as well as Chelsea Clinton.

In his speech after the inauguration, Moore said it was hard not to think about Maryland’s past and the path ahead.

“We’re a block away from the Annapolis docks where so many enslaved people arrived in this country against their will, and we’re standing at a Capitol that was built with their hands,” he said.

“This journey has never been about making history. It’s about marching forward.

“Maryland is asset-rich but strategy-poor. And for too long we have left people behind. Maryland has the highest median income in the country yet one-in-eight children live in poverty.

“We do not have to choose between being a safe state and a just one. Maryland can and will be both.

“Now is the opportunity that we have to march forward and to march together, and let us march on until victory is won.”

Russia opens criminal case against US citizen accused of espionage