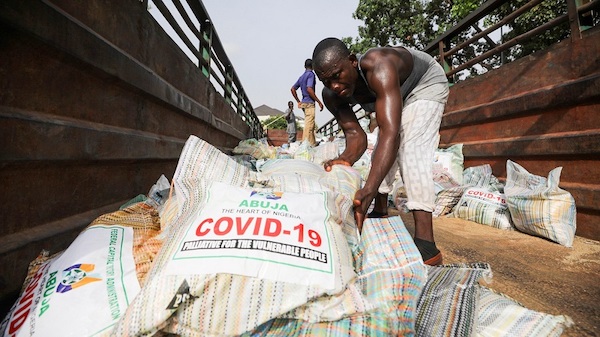 A civil society organisation, March4Nigeria Initiative, has identified the failure of Nigerian governors and local government administrators as reason for the unending unrest in the country.

The National Coordinator of the group, Comrade Augustine Adie, who addressed journalists at a press conference held in Abuja on Wednesday, November 11, said the hoarding of the COVID-19 palliatives by states is one example of how things have been going wrong at the state and local government levels.

Adie lamented that Nigerian leaders, especially governors, have not demonstrated responsibility and the will to end bad governance in the country.

Speaking at the press conference in the wake of the EndSARS protest which rocked the country and the violence that followed in different parts of Nigeria, Adie observed that the activities of most governors and local government administrators were responsible for the various agitations and disenchantments in the polity because the governors have constituted themselves into mini-gods.

According to the group, the recent discovery of COVID-19 palliatives stored in various warehouses across the states was indeed a vindication of the efforts of the Federal Government towards improving the lives of the people in ways too numerous to mention.

“It has become clear that most governors are not in tune with reality, either by omission or commission, as it is inexcusable for food items meant for the people during the coronavirus pandemic, are kept from the people for God knows why.

“The March4Nigeria Initiative views such actions as counter-productive and ultimately against the interest of the country in this critical point of our existence, hence the need for demonstration of responsibility in governance at the state and local government levels because they are indeed accountable to the people that voted them into office.

“The hoarding of the COVID-19 palliatives is just one example of how things are going wrong at the state and local government levels, which by and large, undermines the efforts of the government at the centre.”

Adie said a quick and cursory look at budget performance across the 36 states of the country, one would be confronted with tales of underperformance and a lack of commitment to uplifting the standard of living of the people.

“The March4Nigeria Initiative views such disposition as appalling and inimical to sustainable growth and development in Nigeria. It is also instructive to state that not until citizens start to ask questions on accountability from state governors and local government administrators, we would be going round in a vicious circle.”

The group therefore, called on citizens to ask questions on the performance of budget across the 36 states of the federation.

“Citizens must also demand transparency from governors in the conduct of state business, as only this can guarantee socio-economic development at the state and local government levels.

“It is thus, a statement of the fact that should the governors continue in such fashion, sustainable development would elude us, and we would all bear the brunt of our actions and inactions,” Adie concluded.