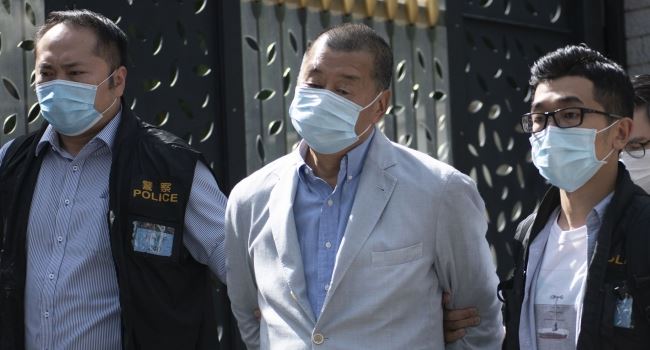 The crackdown on dissidents continued in Hong Kong after security operatives arrested media tycoon, Jimmy Lai, who has been accused of ‘colluding with foreign powers’ in most high-profile arrest yet under new security law.

Mark Simon, a senior executive at Lai’s Next Media group, said on Twitter on Sunday that the tycoon was “being arrested for collusion with foreign powers at this time”.

The police confirmed the arrest of seven people aged between 39 and 72.

“Offences include collusion with foreign country/external elements to endanger national security, Article 29 of the NSL… Investigation is underway,” the force posted on its official Twitter account. Article 29 relates to alleged offences including receiving any kind of support – directly or indirectly – from people overseas and carries a maximum sentence of life imprisonment.

“This sends out a very negative message and, of course, it must have a chilling effect on people who would want to speak out and particularly on the news media,” veteran Democratic Party politician Emily Lau told Al Jazeera. “This is a very, very disturbing development.”

This came after Hong Kong’s chief executive Carrie Lam and 10 other officials were sanctioned by the United States of America for, “undermining Hong Kong’s autonomy and restricting the freedom of expression or assembly of the citizens of Hong Kong”.