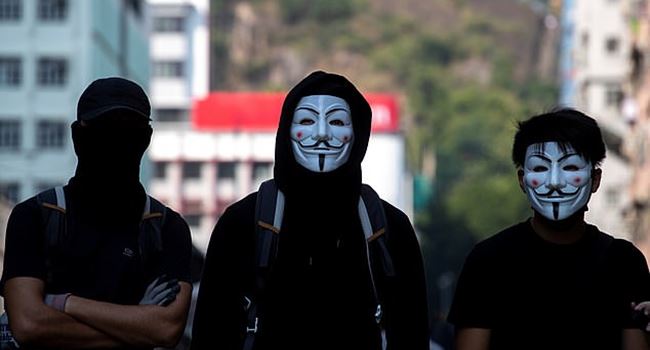 Troubled Hong Kong leader, Carrie Lam is set to bypass the city’s legislature in her bid to impose the use of colonial-era emergency laws to ban the use of face masks as violent protests continue.

Reports say Lam is making moves to discuss emergency regulations on Friday that would allow the government to ban face masks at protests, in an attempt to clamp down on pro-democracy rallies that have rocked the city since June.

Lam’s move comes as pro-Beijing legislators have been urging her to introduce the emergency ordinance since Tuesday, when violent protests in Hong Kong overshadowed the 70th-anniversary celebrations for the founding of the People’s Republic of China.

“If we had the law … then this would have a deterrent effect on some people,” pro-Beijing legislator Elizabeth Quat told reporters on Thursday.

Recall that violent protests in Hong Kong were sparked by a now-scrapped plan to allow extraditions to the mainland.