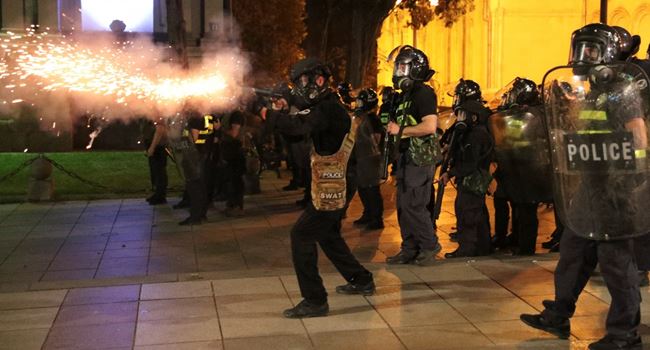 The police according to reports, took the action in a bid to clear a demonstration outside a subway station in the crisis-wrecked semi-autonomous territory late on Friday.

However, the hundreds of protesters, many of them masked and dressed in black, gathered at the Prince Edward station in Mong Kok were undaunted as they charged at the police, marking the latest clash in 14 weeks of anti-government demonstrations.

READ ALSO: I’d rather be “dead in a ditch” than delay Brexit — UK PM Johnson

Al Jazeera’s Divya Gopalan, reporting from Hong Kong, said protesters had “taken over a major highway”, where an ongoing demonstration appeared to be an “extension of the earlier protest” at the Prince Edward station.

“We have seen reinforcement from riot police,” Gopalan said.

The development comes days after angry protesters threatened to continue mass demonstrations, if other demands are not met by the administration of Chief Executive, Carrie Lam.