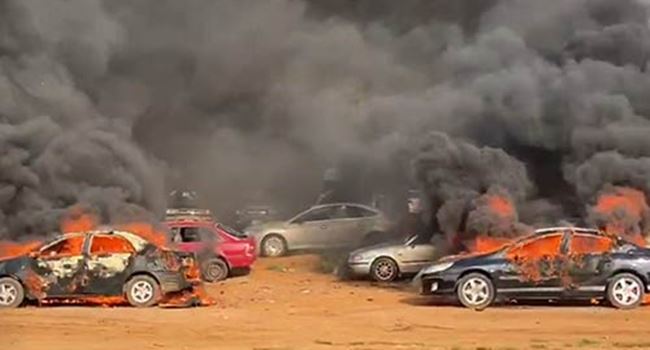 Suspected hoodlums on Monday attacked the #EndSARS protesters as they converged on Dan Kogi, area of the Federal Capital Territory (FCT) and set ablaze over 50 cars at Apo Mechanic village in Abuja .

Several Nigerians, predominantly youths have been on the streets for two weeks with placards clamoring for an end to police brutality.

It was gathered that the thugs had made attempts to attack the demonstrators at the mechanic village, however, they were overpowered. In retaliation the thugs reportedly set the cars displayed for sale on fire.