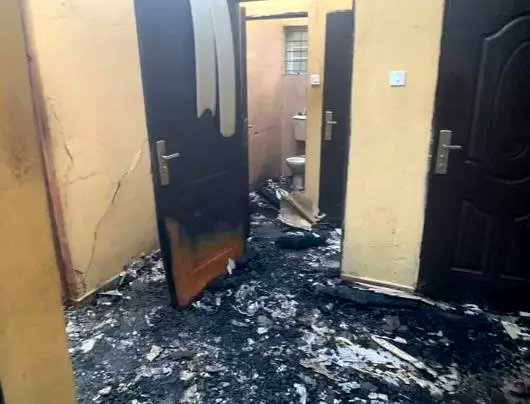 The hoodlums, numbering about eight, had reportedly jumped into the premises in the early hours of Thursday and set the INEC building on fire from the back.

They were said to have soaked loaves of bread with petrol and threw the same into the building at different angles to light up the INEC office.

Speaking to newsmen, the security guard at the facility, Azeez Hamzat, claimed he made a distress call to the police around 1 a.m., saying the facility was on fire.

The police from Ibara division were said to have mobilized detectives to the scene, while contacting fire fighters, who raced to the scene to put out the fire.

“It is correct that our office was set on fire. The police are investigating. I do not know what to say. I’m in shock. The level of damage is still being assessed,” he said..

The Ogun State Police Public Relations Officer, Abimbola Oyeyemi, could not be reached for comments as of the time of filing this report.

Meet eight Nigerian-Americans who won seats in US midterm elections