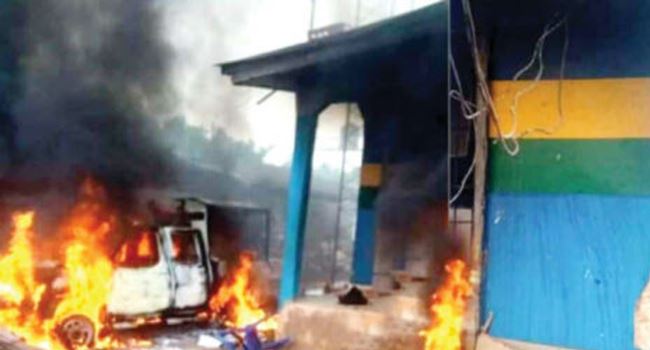 Hoodlums have allegedly razed the Bende police station in the Bende council area of Abia State.

This comes barely 48 hours after the attack on the office of the National Drug Law Enforcement Agency (NDLEA) in the Ohafia Local Governments Area of the state.

Ripples Nigeria learnt that the entire building housing the station was burnt by the hoodlums. However, it was not confirmed if any life was lost or arms and ammunition looted.

Meanwhile, efforts to reach the state’s Police Public Relations Officer, SP Geoffrey Ogbonna, were unsuccessful at the time of filing this report.