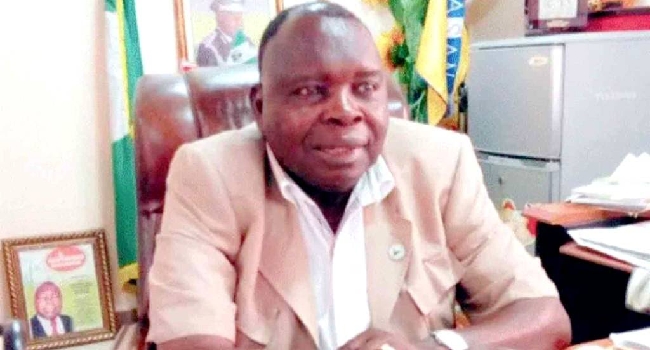 Senator Godswill Akpabio, the former Minister of Niger Delta Affairs, faces a stiff competition in his bid to become the next srnator to represent Akwa Ibom North-West under the platform of the All Progressives Congress (APC).

This came after his rival for the ticket in the same party, former Deputy Inspector General of Police, Udom Ekpoudom, refuted reports about his withdrawal in favour of the former Akwa Ibom State Governor.

In response to claims that some elders had pressured him to step down for Akpabio, the retired DIG who spoke on Friday in his office at Ediene, Abak Local Government Area, said his ambition to become a senator was not a personal project but the project for the redemption of Abak five communities, which have never had a chance to run for the National Assembly for the past 16 years.

Ekpoudom said though there had been pressure on him, he would never succumb to such pressure because it would be seen as betraying his people.

“It is laughable to say that I stepped down for anyone, some people have been appealing to me to step down but I have been saying no, and will continue to say no because it is not my project precisely but the peoples’ project. I don’t want to be chased away from Abak Federal Constituency.

“I don’t want to betray my people, you can even imagine now, for 16 years this part of Akwa Ibom has not produced a senator, it is only Ikot Ekpene which had produced five senators and somebody wants to come in again, it is not possible. Abak-5 is ready or the whole Ikot Ekpene senatorial district is ready. I look at those coming to tell me to step down as enemies of the Abak federal constituency.

“Even if they want to offer me the head of state, I won’t accept it. All I want is to get what belongs to us. If Abak loses now, it would affect the whole federal constituency and senatorial district,” he clarified.