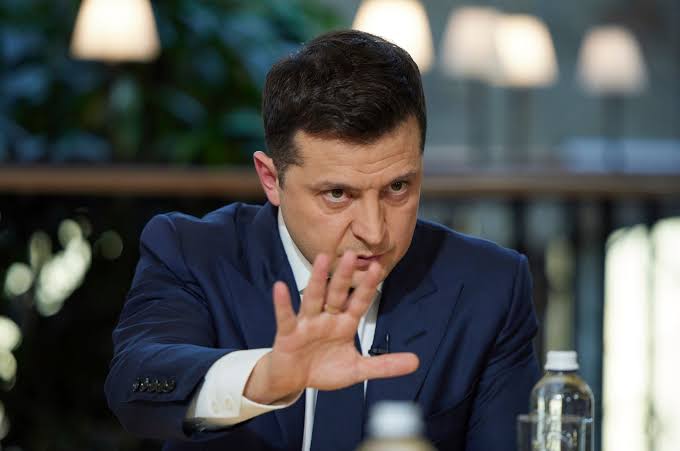 Ukraine’s President Volodymyr Zelensky says his country has given up hopes of joining the North Atlantic Treaty Organisation (NATO), as he does not want to lead a nation ‘begging for something on its knees’.

Zelensky who made the announcement on Tuesday, said that Ukraine will no longer be seeking NATO membership, a delicate issue which was cited by Russia as a reason for invading its pro-Western neighbor.

In an interview with ABC News on Tuesday, Zelensky said he was open to a “compromise” over the status of the two breakaway pro-Russian territories of Donetsk and Luhansk that Russian President Vladimir Putin had recognized as independent just before the invasion, on February 24.

“I have cooled down regarding this question a long time ago after we understood that NATO is not prepared to accept Ukraine,” Zelensky said.

“The alliance is afraid of controversial things, and confrontation with Russia,” the president added.

Regarding NATO membership, Zelensky said that he did not want to be president of a “country which is begging something on its knees.

“What is important to me is how the people in those territories are going to live who want to be part of Ukraine, who in Ukraine will say that they want to have them in.

“This is another ultimatum and we are not prepared for ultimatums. What needs to be done is for President Putin to start talking, start the dialogue instead of living in the informational bubble without oxygen,” Zelenskyy said.

Over the years, Russia had been opposed to Ukraine joining NATO, the transatlantic alliance formed at the start of the Cold War to defend Europe from the Soviet Union.

The Kremlin has been infuriated by the alliance’s expansion to former Soviet bloc countries in recent years and had warned of serious repercussions if any of its neighbours is admitted into the alliance which the Kremlin felt was a threat.