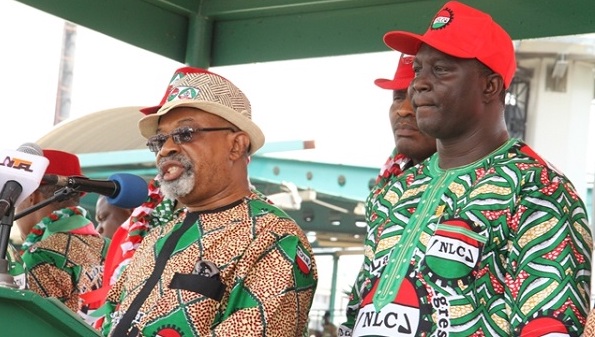 There are strong indications that issues around the implementation of the minimum wage would soon be resolved as both the organized labour and the federal government shift grounds on the issue of consequential adjustments.

The organized labour on its part shifted its position of 29 percent for consequential movement of GL-7-14 to 25 percent and 20 percent for GL15-17 from 25 percent.

While negotiations have not been finalized, it is suspected that labour would shelve the planned industrial action slated for Wednesday.

This is as the parley between both parties has been adjourned till Wednesday, October 16.

Minister of Labour and Employment, Senator Chris Ngige at the end of the meeting on Tuesday said that discussion would continue as a result of exigency of the time.

Also speaking, the Deputy President of NLC, Amechi Asugwuni said, “Negotiation is still ongoing even though we actually thought negotiations will be concluded today but we can’t predict the negotiations, therefore, adjournment became necessary.

“To the best of our knowledge, the struggle will still continue. Tomorrow (today), we will meet by 2 pm and that meeting will also determine fate. I pray we will close that meeting positively.

“So far, commitment has been shown but we believe that the areas that are still in the contest are critical. Therefore, we want the government to see how they can shift ground positively in order to mitigate the agitation ahead

Head of Service, Folashade Yemi-Essan said,” We’ve had very fruitful deliberations so far. The labour side has discovered that there is just one side of the welfare of workers and both sides made a lot of concessions.

“But we discovered that there are some grey areas that need to be ironed out. Some documents and information are being sorted out which we are providing and by Grace of God tomorrow discussions will continue and we believe that we will be able to get everything resolved.”