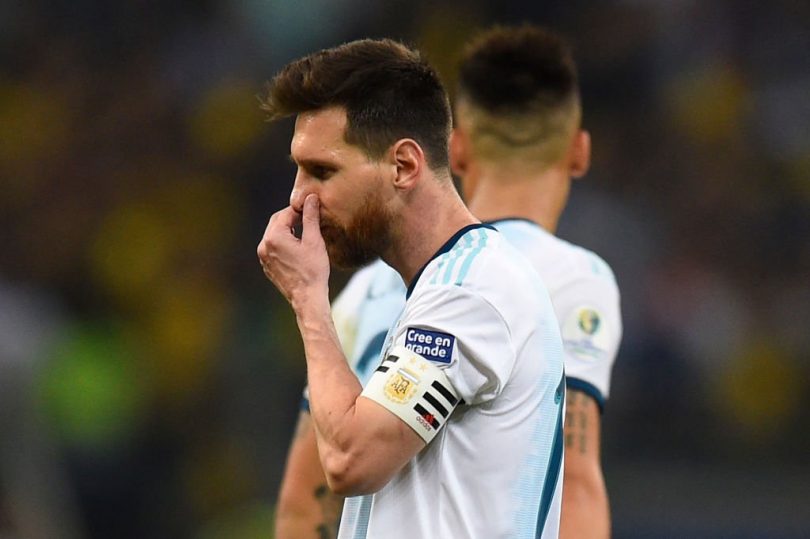 Argentina will have to try another time for a shot at the Copa America title as they were beaten 2-0 by hosts Brazil in their semifinal clash.

Brazil forwards Gabriel Jesus of Manchester City and Roberto Firmino of Liverpool both scored as they beat their perennial rivals.

The City star opened the scoring on 19 minutes when he sidefooted in a low cross from Firmino.

Argentina pushed for an equaliser to no avail, as Sergio Aguero and Lionel Messi both struck the woodwork.

Brazil sealed the victory in the 71st minute when Firmino tapped in to secure their place in the final.

Argentina have not beaten Brazil in a major competitive fixture since 2005.

Brazil will now play in the final against Peru or Chile.

Meanwhile, Messi, who has won 29 trophies with Barcelona, has yet to win a major title with Argentina with his only success being a 2008 Olympics gold medal.

His next chance to change that will be when Argentina co-host the Copa America with Colombia in 2020.