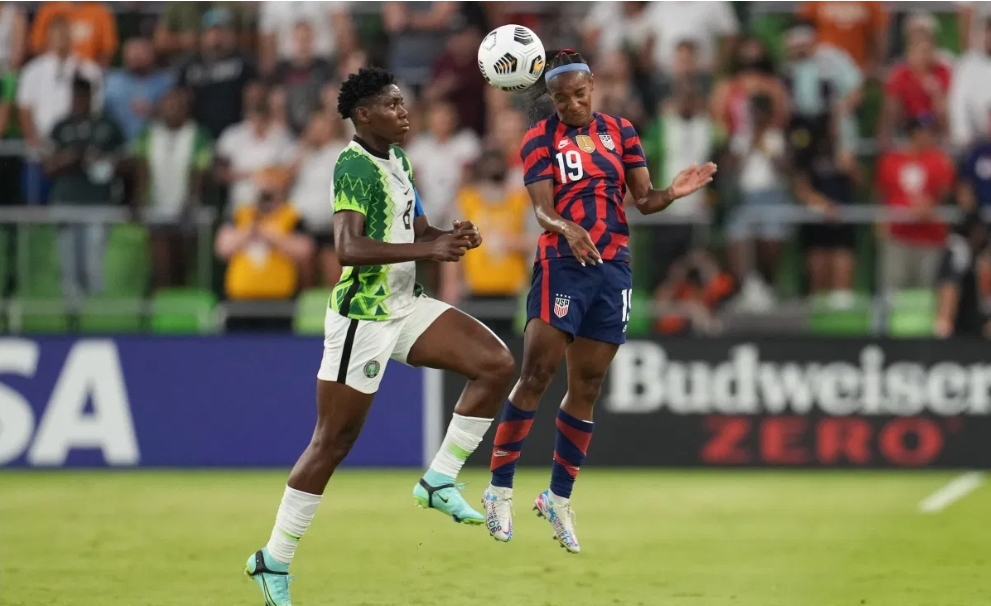 The USA women have emerged winners of the Summer Series Tour after defeating Nigeria’s Super Falcons 2-0 in their final game.

Late goals in the first and second halves from Christen Press and Lynn Williams sealed the win against Nigeria.

The world champions did not lose any game in the four-nation tournament, beating Jamaica 4-0 and Portugal 1-0.

For the Falcons, the game was their second defeat in three games in the invitational tournament.

The Randy Waldrum side had fallen to a 1-0 defeat against Jamaica in their opening game before bouncing back to hold Portugal to a 3-3 draw in their second match.

Of all four teams, only hosts and winners USA are participating in the Tokyo Olympic Games which begins next month.