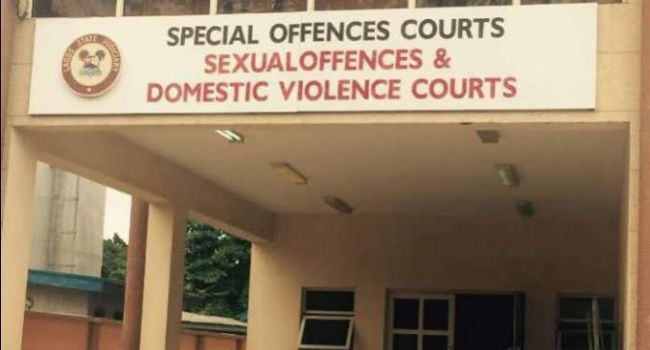 A 22-year-old houseboy, Bright Izuchukwu, has been sentenced to two life imprisonment terms by an Ikeja Domestic Violence and Sexual Offences Court, after he was found guilty of defiling his employer’s two daughters, aged six and seven respectively.

Izuchukwu, according to the state prosecution team led by Mrs Olufunke Adegoke and Ms Abimbola Abolade, committed the offences sometime between 2017 and 2018 in Festac Town, Lagos, where he worked as a housekeeper.

The prosecution submitted that the defendants unlawfully had sexual intercourse with the two survivors while their parents were not in the house, adding that the offence contravened Section 137 of the Criminal Laws of Lagos, 2015.

While delivering judgment on the accused on Monday, Justice Abiola Soladoye held that the prosecution had established the ingredients of the offence against the defendant who was charged with two counts bordering on defilement.

Soladoye said all evidence pointed to the fact that the convict was guilty as charged.

“The prosecutor did a good job in establishing the ingredients of the offences against the defendant through its witnesses.

“The evidence of the defence is self-serving, manifestly unreliable and untruthful while that of the survivors were consistent, cogent and convincing as they properly identify the defendant.

“The defendant exhibited raw wickedness, taking turn to ravish the survivors and taking advantage of his employer’s kindness.

“He has left a trace of emotional trauma on the survivors. He must be locked away for life. The defendant exhibited arrogance and nonchalance throughout the trial and lied his way through the trial showing that he is a pathological liar.

“The defendant is hereby found guilty as charged and consequently sentenced to two terms of Life Imprisonment which are to run concurrently,” Soladoye said.

The judge also ordered that the convict should have his name entered into the register of sexual offenders of Lagos state.