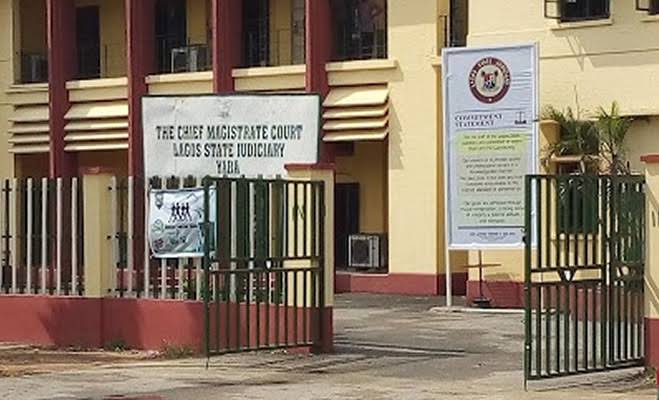 A 19-year-old house maid, Cynthia Ikade, was on Thursday, arraigned before a Yaba Magistrates’ Court, Lagos State, for allegedly leading a gang to rob her employer, Esther Okanlawon, of the sum of N2.8 million, and other valuables, at her house in the Mushin area of the state.

Others arraigned along with her included one Pius Sunday, 28, and Loveth Uloko, 20.

The suspects were arraigned on three counts of conspiracy, armed robbery, and unlawful conversion, according to the police prosecutor, Godwin Oriabure.

Oriabure told the court presided by Chief Magistrate A. O. Salawu, that Ikade, who worked as a maid for Okanlawon at her house in Mushin, was said to have suddenly stated that she was no longer interested in the job.

The maid, according to Oriabure, then requested that Sunday, whom she claimed was her brother, picked her from the house.

“Sunday, while leaving the house with Ikade, urged the woman to call him anytime she needed another maid to replace Ikade, saying he was also an agent.

“Okanlawon called him after three months to bring in another maid, and he sent Uloko to her.

“Sunday and Ikade, along with one Henry who is still at large, invaded the woman’s house on October 10, 2022, and robbed the family, with the help of Uloko, who allegedly opened the gate and kitchen back door for them,” he narrated.

“That you, Pius Sunday, Ikade Cynthia, Loveth Uloko, and one other at large, on or before October 10, 2022, at on Isiaka Nade Street, Mushin, Lagos, in the Lagos Magisterial District, while in the service of the victim, as an agent to housemaids, did intentionally arm yourselves with a locally-made gun and a knife and robbed Mrs Esther Okanlawon and her two visitors of the sum of 2,150,000, a wedding ring valued at N300,000, 500 pounds, 170 US dollars, 100 Canadian dollars, a handbag valued at 15 pounds and other valuables, all property of Esther Okanlawon and her family, thereby committing an offence punishable under Section 297 of the Criminal Law of Lagos State of Nigeria, 2015.”

Oriabure pleaded that the three defendants be remanded in a custodial centre for 30 days pending legal advice from the Directorate of Public Prosecutions while Magistrate Salawu adjourned the case till February 9, 2023, after refusing to take the pleas of the defendants.