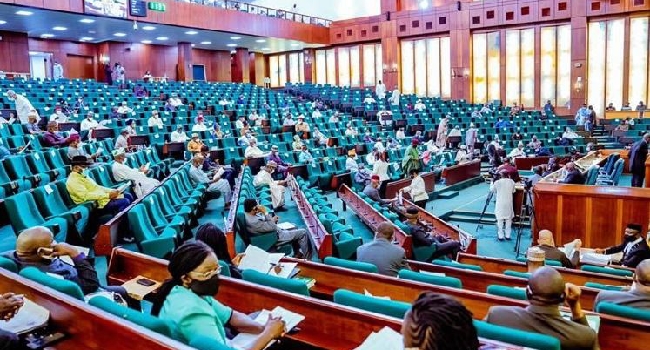 The House of Representatives has requested the sanction of the Central Bank of Nigeria (CBN) Nigerian National Petroleum Company (NNPC) Limited, and other ministries, departments, and agencies for failing to submit their audited accounts.

CBN, NNPC Limited, Niger Delta Development Commission, and Revenue Mobilisation Allocation and Fiscal Commission were probed by the lawmakers who discovered eight years of accounts between 2014–2018 and 2019–2021 were not rendered.

This was revealed in a report released on Thursday, titled; ‘Report of the Committee on Public Accounts on the Deliberate and Reckless Refusal by Ministries, Departments and Agencies of Government to Render Audited Accounts for the periods 2014–2018 and 2019–2021 to the Auditor–General for the Federation and Approve the Recommendations Therein.’

What the Reps report revealed?

The lawmakers said between 2014 to 2018, some of the ministries, departments, and agencies operated without audit, stating the MDAs blamed it on the cumbersome procurement process of hiring their external auditors.

Also, the report, submitted to the plenary by the chairman of the Committee on Public Accounts, Oluwole Oke, disclosed that there was delay in appointing governing councils/boards.

Similarly, there was delay in approving or signing audited accounts by the governing councils/boards. It was learnt that MDAs’ directors of finance and accounts/bursars failed to ensure their accounts were duly audited.

Other contraventions include audited accounts done by former Chief Executive Officers that were also intentionally not signed by some incumbent chief accounting officers.

It was also revealed that unsigned accounts were submitted by some MDAs, while faint letters or documents without acknowledgment of receipt stamp were presented by some MDAs as proof of remitting audited accounts to the Office of the Auditor General.

In its recommendation, the committee called for the arrest and prosecution of chief accounting officers in the MDAs by the Economic and Financial Crimes Commission (EFCC) prosecution.

“All chief accounting officers of the 54 government agencies listed on Pages 4 – 6 that refused to appear to defend their positions during the public fearing without any written reason, prominent among them are CBN, NNPC, NDDC, RMAFC, etc., should be issued warrant of arrest to compel their appearance to respond to the matter within a week, in line with section 89 (d) of the Constitution of the Federal Republic of Nigeria, 1999 (as amended).”

The lawmakers asked that the erring ministries, departments and agencies should be sanctioned by the Federal Ministry of Finance, Budget and National Planning; the Accountant General of the Federation; and the Auditor-General for the Federation.

According to the Committee on Public Accounts, the MDAs violated Financial Regulation 3010 for the 2019 -2021 financial years, hence, the offices of the Finance Ministry, Budget, Auditor and AGF should state the sanctions in a joint circular.

Part of the report reads, “many agencies often violate the Appropriation Act by deliberately subjecting their internally generated revenue to some committees (of the National Assembly) directly overseeing them for approval and expend same illegally without Mr. President’s assent.”

Meanwhile, the committee recommended on or before May 31 as the deadline for submission of yearly audited accounts. It also stated that to sign audited accounts immediately after external auditors submit it, the board or governing council meeting should be convened.

They also called for the supervising body of the MDAs to have the authority to sign audited accounts in the absence of the board or governing council, to avoid delay in submitting it to the Office of the Auditor-General.

The committee added that, “No outgoing CEO should exit office without duly completing the process of audited accounts, signed and rendered to the Office of the Auditor-General.”