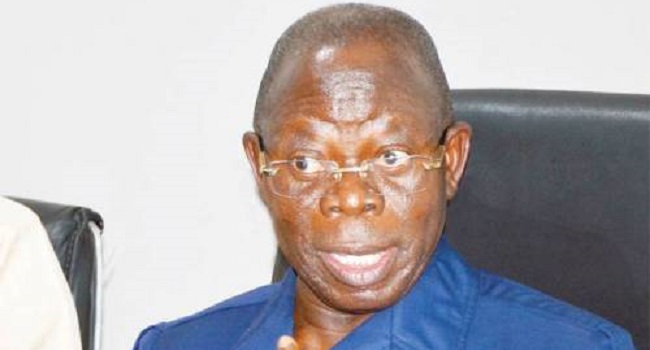 Adams Oshiomhole, national chairman of the All Progressives Congress (APC), has accused Atiku Abubakar, presidential candidate of the Peoples Democratic Party (PDP), of presiding over “industrial obituary” all over the country while vice-president.

Oshiomhole said this Thursday at the Sani Abacha Stadium in Kano where the re-election campaign of President Muhammadu Buhari held.

He accused Atiku and Peter Obi, his running mate, of making false claims when they featured on The Candidates, a town hall debate on Wednesday.

The APC chairman said, Atiku, as someone who was in charge of the economy when former president Olusegun Obasanjo was in power, he should be too ashamed to promise jobs as the privatisation policy of that administration coordinated by him led to loss of millions of jobs.

“All the textile companies in Kano, PDP killed them with Atiku as vice president. How can he go round and say he is going to create jobs when he presided over industrial obituary all over Nigeria?

‘Ganduje innocent until proven guilty in a court of law’- Buhari