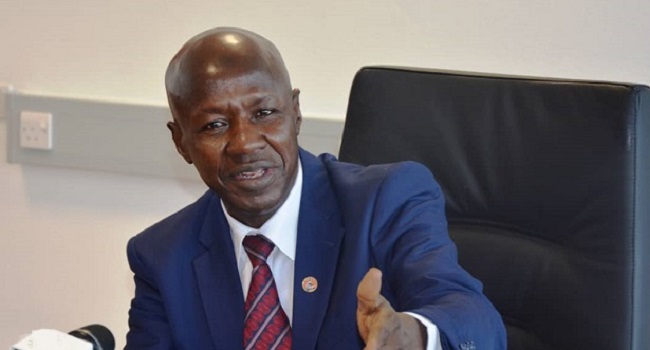 The Economic and Financial Crimes Commission (EFCC) has reacted to the report that it collected a N10 million donation from Kano State’s Governor Abdullahi Ganduje.

Reports on Monday had quoted Ganduje’s spokesman, Aminu Yassar, as claiming the Kano State governor donated the money to EFCC, Independent Corrupt Practices and Other Related Offences Commission (ICPC), and Athletic Federation of Nigeria for the anti-corruption campaign.

But the EFCC spokesman, Tony Orilade, in reaction to the alleged donation, distanced the anti-graft agency from receiving any such money from the state governor.

He said in a statement that the report was a clear attempt to malign the efforts of the anti-graft agency in the fight against graft in the country.

“The attention of the Economic and Financial Crimes Commission, EFCC, has been drawn to a trending story in the social media concerning a purported statement credited to the media aide of the Kano State governor to the effect that the Commission got a N10 million donation from the state government.

“The story is not (only) falsehood, but a deliberate attempt to malign the efforts of the Commission in the fight against corruption.

“For the records, it is a tradition that the EFCC does not receive donations from state governors/government or any individual at that.

“The EFCC, as a reputable anti-graft agency is sponsored by federal government through budgetary allocation and in some cases, foreign organisations in terms of capacity building.

“It is true that the Commission, in collaboration with the Independent Corrupt Practices and other Related Crimes, ICPC and the Athletic Federation of Nigeria, AFN and other stakeholders is organizing the first National Anti-Corruption Marathon.

“Mr. Jacob Onu, the leader of the National Anti-Corruption Marathon had in the course of his visit to the Commission a fortnight ago told the Acting Chairman and his management about the marathon which he said is being planned in tandem with the International Anti-Corruption Day which usually comes up on December 9 every year.

“He said it was aimed at raising national consciousness on the scourge and danger of corruption to the country and the need for all and sundry to join hands to eradicate it.

“It is therefore very shocking to read of a purported donation of N10 million to the Commission. The story is not only unfounded but very mischievous.

READ ALSO: Ganduje says his anti-corruption war in Kano has been a success, donates N10m to EFCC

“For the avoidance of doubt, no state governor or some other individual or group has donated any amount of money to the EFCC to carry out the Anti-corruption Marathon project or any other project for that matter,” the statement read.

A recent video had shown Ganduje allegedly collecting kickbacks from contractors in his state. Efforts to probe the supposed graft by the Kano State Assembly was halted by a court order.

The EFCC acting chairman, Ibrahim Magu, had also recently shunned commenting on the alleged fraud when he was asked if the commission is investigating the matter.