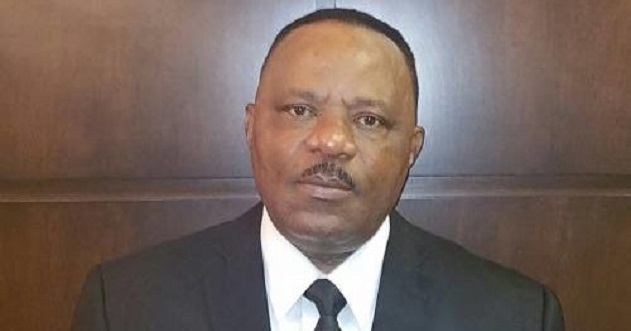 The current Biafran struggle has meant different things to different people. For former Deputy Senate President, Ike Ekweremadu, it appears more of a specious opportunity to exploit the Biafran masses—for selfish interest, motivated by blind ambition for power and primitive accumulation of wealth. The result has been blackmail, political persecution, loss of many innocent lives and, by consequence, the protest in Nuremberg, Germany, where the senator was flogged naked. But these developments should not have come as a surprise, particularly to the principal actors, namely, Ekweremadu, Nnamdi Kanu, and Muhammadu Buhari.

In a 2015 piece, “How PDP And APC Created New Biafran Agitations”, I narrated how the Peoples’ Democratic Party (PDP), having squandered the huge oil boom, “had nothing on the ground for the Igbo masses and thus needed to sustain mass following by deceit.” I added that a perilous perfidy deployed by the Igbo PDP caucus–under the leadership of Ekweremadu–to prevent the restless Igbo youths from revolt was that a support for President Goodluck Jonathan in 2015 was an automatic Igbo presidency in 2019. In fact, the baloney was the sole message conveyed from Jonathan to us at the World Igbo Congress convention in Houston in 2014, through Chief Emmanuel Iwuanyanwu and Senator Hope Uzodinma.

Nyesom Wike, then a governorship candidate, took the gambit to the extreme when he threatened secession, if PDP were to lose the 2015 election. Hear him: “I will lead a war against them (Nigeria) like Ojukwu. Am not joking, I know am on air, and I am warning them now… In fact, we from the South-South and South-East we remain in PDP. We leave the South-West and North to run APC. That is how they tactically shared the Country.”

Thus, the Buhari’s victory in the 2015 election was read as a coup d’état in the East, particularly among the jobless youths, who thence answered the call for a Biafran Republic. Yet, the call would not have gained much currency and sympathy, if President Buhari of All Progressive Congress (APC) did not declare vendetta against the Biafran area for voting against him in the said election.

The biggest beneficiary of the Biafran agitation thus far has been Ike Ekweremadu. Upon conniving with Senator Bukola Saraki to snatch the post of Deputy Senate President from the ruling APC, Ekweremadu knew he was in for trouble, big trouble. And President Buhari went after the Igbo senator and Saraki, the Senate President, like tornado, including outright charges for forgery and corruption. The only strong defense the duo had at their disposal was to whip up the ethnic sentiment; and the Igbo saw an opportunity for revenge against Buhari.

Ekweremadu suddenly became an Igbo totem. Every Igbo group began to sing Ekweremadu or nothing at all—as if some how the region witnessed any tangible development the previous 8 years the senator was the de facto Senate president while his party was in power.

Yet, the fiercest opposition to Buhari or, rather, the strongest support of Ekweremadu and Saraki came from Indigenous People of Biafra (IPOB), led by Nnamdi Kanu. Though Kanu would be arrested and detained, President Buhari knew to backpedal on Ekweremadu or risk a serious revolt from the South-East and the South-South zones. In short, Ekweremadu and Saraki would have been jailed by 2016, if not for a stout opposition from the IPOB organization worldwide. Said differently, Nnamdi Kanu sacrificed his freedom and the lives of many Biafran activists, so that Ike Ekweremadu could remain as the Deputy Senate President under Buhari.

Read also: NIGERIAN EDUCATION: The trigger and the catch

It is true that Ekweremadu provided support to the IPOB before and after Kanu’s detention, quite alright, including a portion of the bail money, but his support was utterly selfish and dreadfully deceitful. This approach provoked the eminent economist and former Governor of Central Bank, Chukwuma Soludo, to use the occasion of the launching of the book, “The Politics of Biafra: And the Future of Nigeria”, to admonish such politicians exploiting IPOB for selfish interest to recognize that the Biafran activists “are no fools.”

The duplicity of politicians in the saga compelled me to pen: “Biafra And Corruption: When A Judas Becomes A Muhammad.” I was able to highlight how the corrupt hawks from the South-East and South-South zones exploit the fact that the Muslim North, which currently holds power, typically appears willing to turn an evil bearer of ‘One Nigeria’ into a saint. I detailed how such Southern leaders, who harbored dream for national leadership, suddenly abandoned the Biafran agitators they helped to create, and started singing a different tune. I noted the unholy subterfuge in which Governor Wike not only renamed Rivers State Stadium after Gowon, but also his dramatic handshake across the Northwest through the Sokoto Caliphate. More relatively, I demonstrated how Ekweremadu, after consolidating power as the political leader of the entire Biafran area, betrayed and dumped the IPOB on the altar of political opportunism. That Judas piece was published August 16, 2017.

One month after the exposé, September 17, 2017, to be exact, Chief Ekweremadu and the South-East governors met at Enugu to proscribe IPOB. The sheer shenanigans have led to maiming and killing of innocent Biafran activists, gross political persecution, and mass exodus of youths from the East to anywhere but Nigeria—Nuremberg not excluded.

The popularity of the public protest against Ekweremadu has shown that the Nigerian masses and IPOB have gotten wiser. As Buhari’s Minister of Transport, Chibuike Amaechi, would say, “If you see a thief and you allow him to be stealing, what have you done? You have stoned nobody; that is why we are stealing.” And I say, where there are no consequences for bad behavior, the bad behavior usually worsens.

But it does not appear that Ike Ekweremadu has gotten the message. Since returning to Nigeria after “Nuremberg”, the senator has had the audacity to resort back to his familiar mélange of propaganda and prodigality. Mr. Ekweremadu has been celebrating failure, deploying tax-payer’s money into chartering private aircrafts, and renting gullible crowds—crowds, who have done nothing but hail the whited sepulcher, while heaping abuse on the tireless masses of the Diaspora community, particularly the IPOB. This is impunity gone too far!

Be that as it may, the gist of my January 2017 piece, “Buhari and Nnamdi Kanu Fighting the Wrong Enemy”, remains profoundly instructive. Both Buhari and Kanu ought to unite and focus on the common enemy, being the Biafran politicians who colluded with contractors to loot development projects in region. Instead of seeing every dissent as terrorism or treason, Buhari should embrace dialogue, switch back his anti-corruption toga, and key into the current wave of worldwide revolution targeted against the looters of our commonwealth.

10 things you may not know about late Robert Mugabe