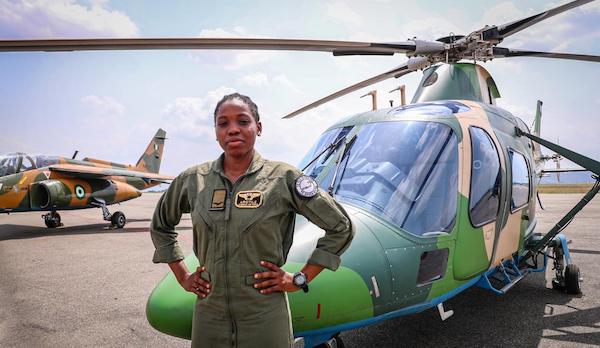 The Air Force in a press release on Wednesday, disclosed that the 24 year-old was inadvertently killed by the reversing car of an excited former classmate from Secondary School.

The statement said in part, that “Flying Officer Arotile died on 14 July 2020 at the age of 24, when she was inadvertently hit by the reversing vehicle of an excited former Airforce Secondary School classmate while trying to greet her. Before her untimely death, Flying Officer Arotile made significant and outstanding contributions to the war against terrorism, armed banditry and other forms of criminality in the country, flying several combat missions.
“Flying Officer Arotile joined the Nigerian Airforce out of passion for the job. In her words “I joined the military simply out of passion for it, being a military personnel has been a long time ambition, the carriage and what it stands for are simply exceptional””.