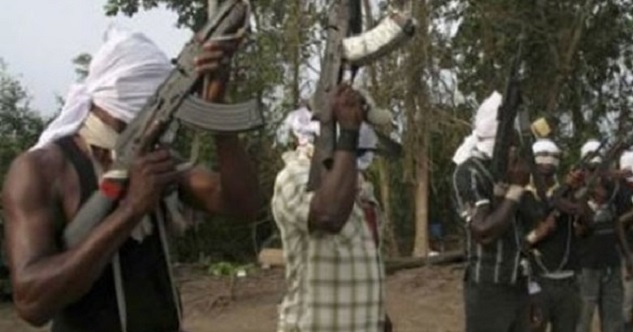 Kaduna State police command said three of its officers, including two inspectors and one sergeant have been killed by gunmen in the state.

A statement issued by the command’s spokesman, Abubakar Suleiman, said the police officers were killed while on patrol at Aboro Village along Fadan Karshi -Nimbia Forest Road in Sanga area, Kaduna.

On how the three officers were gunned down the statement said: “Police operatives attached to Safer Highway with code No. KDS 018, deployed to Gwantu Divisional area were ambushed by unknown gunmen while on patrol at Aboro Village along Fadan Karshi-Nimbia Forest Road in Sanga Local Government Kaduna State. The gunmen opened fire on them (policemen) through a thick bush in opposite direction.

“The operatives engaged the hoodlums and in the process Insp. Bobai Bature, Insp. Daniel Dogo and Sgt. Mamman Ahmadu paid the supreme sacrifice while other team members escaped unhurt.”

It said that reinforcement had since been deployed to the area for general combing to ensure that the culprits were apprehended and brought to face justice.

“The Commissioner of Police, Ali Aji Janga, is greatly saddened by the unfortunate incident and wishes to commiserate with the families of the gallant men who laid down their lives for the common good of their country. He also calls on the general public to assist the police with relevant information on the whereabouts of suspicious persons in order to rid our communities of bad elements.

“The CP assures the public that the culprits will not escape the long arms of the law. The Command is doing everything possible to apprehend those behind this dastardly act,” the statement added.