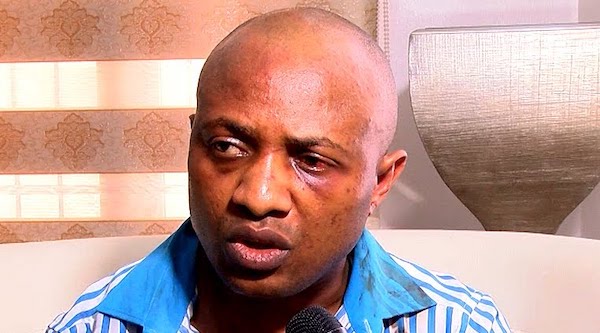 A businesswoman, Mrs. Chimebere Ahamonu, on Friday told the Lagos State Special Offences Court, Ikeja, how she raised $420,000 to secure the release of her husband who was abducted by the kidnap kingpin, Chukwudimeme Onwuamadike aka Evans, and his gang seven years ago.

Chimebere’s husband, Sylvanus, was allegedly kidnapped by the gang along Kara Road, off Osolo Way, Ajao Estate, Lagos, on June 23, 2014.

The woman gave her testimony during the trial of Evans and a dismissed member of the Nigerian Army, Victor Aduba.

The Lagos State government arraigned the defendants on a four-count charge of kidnapping and unlawful possession of firearms.

The witness said: “I spoke to my husband in the morning of the day of the abduction, but did not sense anything amiss until the evening when he didn’t answer his phone.

“Then, I was not living in Lagos, I was in Onitsha. I started calling everyone we knew that I did not hear from him.

“A week later a man called my line with a hidden number that my husband was kidnapped.

“Another week later the same man called me and demanded $2million for his release. I shouted because I have never seen that kind of money before.

“I started calling family and well-wishers for help.

”A week later, the same man called and demanded the ransom. But told him that I can only raise N5million.

The businesswoman said she sold properties, sought donations from family and friends, and managed to raise $200,000 which she sent to her brother-in-law, Dominic, in Lagos for onward delivery to the criminals.

She added: “I received a phone call a week later from another person who demanded more money. The caller warned that I should never send Dominic to deliver any ransom because he had reported them to the police.

“Out of fear for the safety of my husband, I raised another tranche of $200,000 and came to Lagos to deliver the ransom myself alongside a relation who followed me to the drop-off site.

“After dropping the $200,000, the person called me again to demand some more money.

“I told him I have no more money that people were even calling me a scam because of the way I was appealing for funds.

“I managed to raise $20,000 and it was after then that my husband was released.

“He instructed that my husband must be taken immediately to the hospital so that he would not die.”

Justice Oluwatoyin Taiwo adjourned the case till February 4, 2022, for the defence to open its case.

Nigerians in Turkey surprise Buhari to mark his birthday