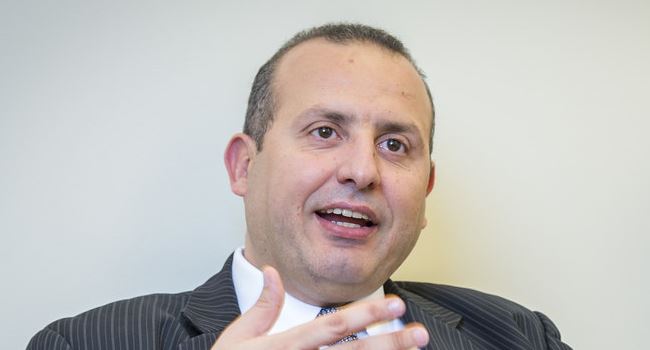 In a twist that further upset the already fragile optimism in the International Monetary Fund’s (IMF’s) weak economic growth projection for 2020, initially put at 2.5%, the IMF on Monday revised its earlier forecast to 2%.

The new outlook was the culmination of the organisation’s Article IV Consultation to Nigeria, a 15-day economic dialogue tour, led by Amine Mati, IMF’s Senior Resident Representative and Mission Chief for Nigeria.

On 20th January, the IMF had predicted Nigeria would maintain a feeble economic growth of 2.5% in 2020, below Sub-Saharan Africa’s 3.5% in its World Economic Outlook (WEO), named “Tentative Stabilisation, Sluggish Recovery.”

However, a rebuttal came days after through the Buhari Media Organisation (BMO), faulting the IMF’s verdict on the grounds that it ignored secondary data in arriving at its position.

Through Niyi Akinsiju, the BMO’s Chairman and Cassidy Madueke, its Secretary, the presidency glowingly mounted its argument around claims that the strategies put in place over the years had steadily rescued Nigeria from recession.

“While respecting the international institutions on their projections, we want to make it clear that they cannot have access to our primary sources of information and data; no agencies or organisations can stay outside our territory and make conjectures from secondary data and information.

“The Federal Government has taken a global look at all indicators with the economic environment and it is better able to project the 2.9 per cent for the year 2020, taking into account several policy deployments that lifted us out of recession. From -1.3 per cent GDP, we were able to move to 0.8 per cent and 1.9 per cent, moving by 1.1 per cent growth within a space of one year and from 1.9 per cent to 2.3 per cent. This shows we are strongly moving,” the BMO said.

The IMF statement reads: “under current policies, the outlook is challenging. The mission’s growth forecast for 2020 was revised down to 2 per cent to reflect the impact of lower international oil prices. Inflation is expected to pick up, while deteriorating terms of trade and capital outflows will weaken the country’s external position.”

Nigeria’s crushing debt service burden, with an interest payments to revenue ratio of 60%, clearly implies that government’s claim to economic recovery is a big illusion.

It is noteworthy that plans are afoot to take a $29.96 billion credit line from crisis-held China that is currently battling its economic reverberations of the Corona virus scourge.

While making a case for the proposed loan before the senate recently, Zainab Ahmed, the Finance Minister, said the Nigerian Government opted to obtain the facility from China-Exim based on the account that the World Bank and the African Development Bank showed little interest in the country during recession.

Read also: Scramble for Nigeria’s Edutech space: Few questions Matinati and others are not answering

That alone signals that those institutions do not foresee the economic viability of lending to Nigeria obviously on the grounds of its escalating debt profile.

As the Coronavirus rears its ugly head in different guises around the world, global oil prices are taking a bashing from the huge market jitters and the current economic uncertainties in China, itself the world’s largest oil importer.

After spiking at as high as $70.74 in the first week of January, the Brent has been on a free fall since the puzzling epidemic broke out and there are possibilities of more oil shocks ahead.

Beyond the uncertainties in the future of oil, the IMF cited some weak fiscal buffers as a factor suggesting that there could be nightmare ahead.

“Under current policies, the outlook is challenging. The mission’s growth forecast for 2020 was revised down to 2 per cent to reflect the impact of lower international oil prices. Inflation is expected to pick up while deteriorating terms of trade and capital outflows will weaken the country’s external position,” the lender claimed.

With the latest statistics putting the inflation rate at 12.13%, its highest in 21 months, it is highly probable that it will steadily worsen in the days ahead.

Already, there is enormous pressure on consumers’ real income going by the effects the increase of  Value Added Tax (VAT) from 5% to 7.5% is having on Nigerian’s disposable income.

And as consumer spending further feels the pinch of this impoverishing fiscal policy, the value of the Naira, which the CBN says it is protecting, may largely bear the brunt.