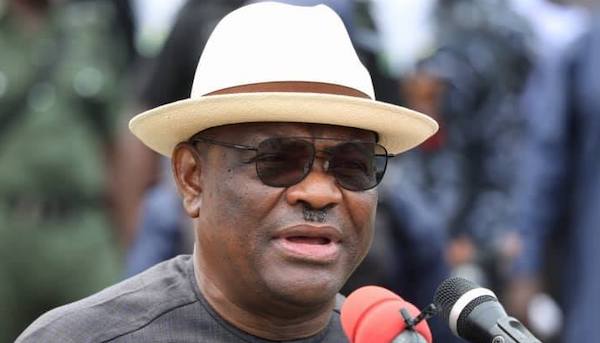 The Rivers State Governor, Nyesom Wike, said on Sunday he owed his political rise to the Supreme Court Justice, Mary Odili, who prevented him from being replaced as Chairman of Obio – Akpor Local Government Area of the state in 2004.

Wike, who stated this at a thanksgiving service held at Catholic Institute of West Africa’s (CIWA) Chaplaincy of Our Lady of the Holy Rosary in Port Harcourt commemorate Justice Odili’s 70th birthday and retirement from the Supreme Court, said when he was not named among aspirants cleared to vie for the local government chairmanship at the time, he expressed his displeasure to the former Rivers State First Lady.

He added that Odili’s presentation of the case prompted her husband, former Governor Peter Odili, to move quickly on the matter.

The governor said: “That time is 2004, the husband was the governor, so she was going to Bori Camp for the women empowerment scheme. I was to run for a second tenure as chairman of my local government area (Obio-Akpor).

“Now, they were having lunch with her husband and the then PDP chairman in the state, Prince Uche Secondus. And, I was told that my name had been removed from the list. So, I ran down to the Government House.

“She had finished her own lunch, left her husband and was entering the vehicle. I said mummy I’m finished. She asked what happened, I said they have removed my name.

“She ran back straight to her husband and informed him. Her husband asked who removed his name. At that time, Secondus had left. The husband then called the security at the gate, they stopped Secondus and ask him to come back.

“That was how I went back as second term chairman. For me, I can’t talk about my growth without mentioning her. If she was not around that day, to see the governor, you know it was not an easy thing.

“Her being around that particular day saved my career in politics. And so that was how I grew from there to become what I am today.

“I have never seen somebody so compassionate, very caring. The moment you’re around her husband, she takes care of you. She sees you as her husband’s person and will always relate with you. Some of us are direct beneficiaries of her care through our relationship with the husband.”