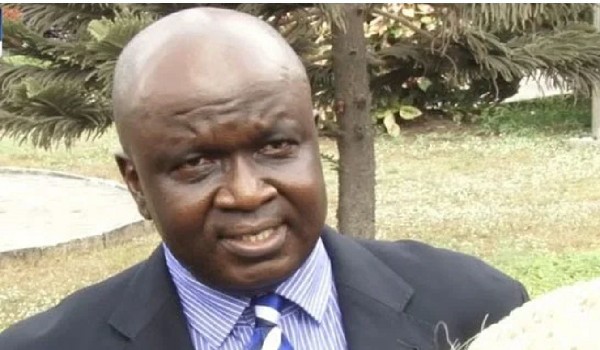 Justice Adedayo Akintoye of Igbosere High Court, Lagos State, on Thursday adjourned the trial of a Senior Advocate of Nigeria (SAN), Rickey Tarfa, after the counsel to the Economic and Financial Crimes Commission (EFCC) was unable to make it to the court on time allegedly owing to Lagos traffic.

The EFCC is prosecuting Tarfa over the alleged perversion of justice. The anti-graft agency, in a 26 counts accused Tarfa of offering monetary gratification to two judges of the Federal High Court – Justice Hyeladzira Nganjiwa and Justice Mohammed Yunusa.

At the court on Thursday, counsel to the defendant Mr Jelili Owonikoko announced his appearance and told the court that counsel to EFCC was not yet in court.

He further told the court that EFCC counsel had called him earlier to inform him that he was stuck in traffic.

Following that information, the court decided to wait for the EFCC counsel to arrive. However, after an hour waiting and the anti-graft agency’s lawyer was nowhere near the court, the trial judge adjourned the matter until March 26, for the continuation of trial.

Recall that Tarfa did not attend court proceedings in 2019 owing to ill health.

Based on that development, the lawyer prayed the court to extend the period of the trial to enable his client to recover and attend the proceedings of the court.

But the court, after several adjournments, advised Tarfa counsel to produce other witnesses to testify in the matter to avoid stalling the trial.

Tarfa’s counsel said he was in the court with a witness to testify in the matter.