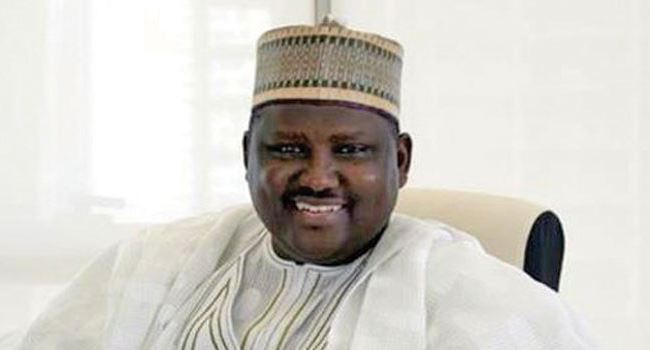 Mrs. Maryam Bashir, a star witness in the ongoing trial of a former Chairman of Pension Reform Task Team, Abdulrasheed Maina, told the Federal High Court, Abuja, on Wednesday that she opened 12 bank accounts the accused and his family members.

Bashir, who is a Business Manager of the United Bank for Africa (UBA), Maitama branch, Abuja, told the court that the former pension task force chief deposited N3billion with the bank in 2011.

According to her, money was transferred from police pension funds.

Maina is arraigned by the Economic and Financial Crimes Commission (EFCC) on multiple charges of corruption and money laundering.

Bashir appeared as the first prosecution witness in the trial of Maina’s son, Faisal.

However, the witness who was led in evidence by EFCC’s lawyer, Mr. Mohammed Abubakar, said the N3billion was later transferred to the Single Treasury Account (TSA) in 2012.

Testifying before Justice Okon Abang, the witness said her scope of duties included sourcing of deposits from both commercial and individual customers, as well as opening and re-activation of accounts.

Asked if she could identify Maina’s son who was in the dock, the witness said: “Yes my lord. I know the defendant, his name is Faisal Maina. He is the son to Abdurasheed Maina who is the younger brother to my late husband, Bashir Abdulahi Maina.”

Bashir admitted that she was the one that opened accounts for Maina’s two farms.

“I know the business name, Alhaji Faisal Abdullahi Farms. I approached Abdulrasheed Maina sometimes in 2011 to solicit for deposit.

“Abdulrasheed Maina then gave the bank a deposit of N3billion from the Police Pension Funds. In 2012, the N3billion was moved to the Single Treasury Account.

“Subsequently I approached him for more deposit and I was able to open 12 accounts for him and members of his family, among which was Faisal Abdullahi Farms 2,” the witness added.

On how accounts of the two farms were opened, the witness said she gave Maina a UBA account opening package which he duly filled and returned to the bank along with the sole proprietorship document.

“We then opened the account and Abdulrasheed Maina is the sole signatory to Alhaji Faisal Farms 1,” she told the court.