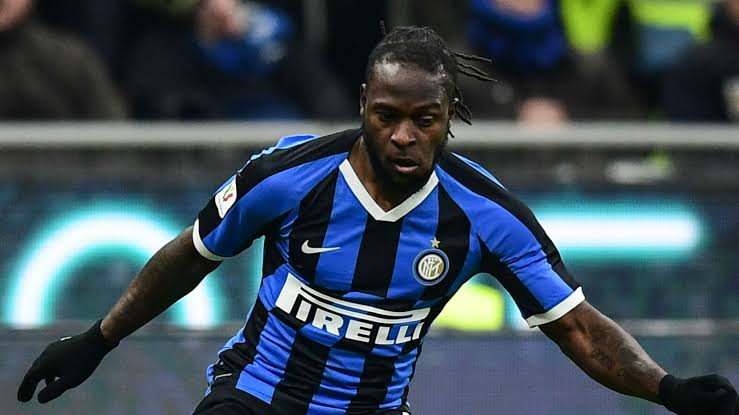 Moses, who joined Inter on loan from Chelsea, was involved in the last goal as his cross helped Romelu Kukaku seal the 4-2 victory over their city rivals.

“Derby winners! What a feeling!” tweeted Moses, who replaced Antonio Candreva in the 80th minute of the encounter.

AC Milan led 2-0 at halftime before Inter fought back by scoring four goals in the second half.

Manager Antonio Conte said “It was a special night, that’s for sure.

“The first half saw us in real difficulty, perhaps more than we’ve ever been this season, and there was the risk of a hammering.

“Instead, we did well to get the balance back, to understand where we had to improve, to have faith in what we were doing and the credit goes to these lads.”

The win takes Inter to the top of the league table, same points (54) as Juventus but with a superior goal difference.