How not to make Bobrisky more popular! | Ripples Nigeria 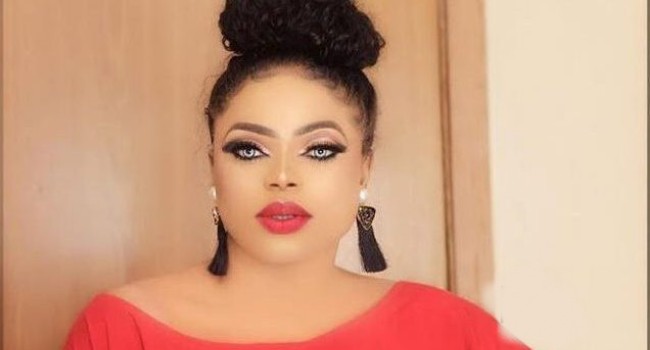 The abrupt disruption of the 28th birthday party celebration of popular cross dresser, Idris Okuneye, popularly known as Bobrisky, by police operatives has now put men of the Nigeria Police Force on the firing line.

The legality of the action by the police has been questioned by critics who term the invasion of the birthday party of Bobrisky in Lekki area of Lagos State, as a misplaced priority.

Close watchers also describe the move by the police to mobilize many officers against Bobrisky, who is not a national threat, as disturbing when there are a myriad of security issues in the country yet to be addressed by the police.

Some also say that the police have denied Bobrisky his right to assemble and also wondered why the cross dresser has become government’s priority when burning national issues are left unattended to.

A collection of caustic comments by angry Nigerians directed at the police on social media platform, Twitter are shared below;

@Drjoeabbah “I have often said that we are one of the most discriminatory nations on earth. Today alone, it was the arrest of 123 “Okada riders from the north”, the people dismissing traditional medicine practitioners, and now we are deploying 100 police officers because of Bobrisky.”

@Tommy_k_ “Sooo I had 100 policemen were deployed to Bobriskys birthday event centre, is this where we’ve gotten to now, where there are criminals everywhere roaming freely but it’s someone’s birthday they’re after joke rubbish

@Xeenarh “Nigeria will always be a joke. While motorists including students, legislators, judges and police themselves are being kidnapped, the force decided that the best use of FIFTY police officers today was to close down Bobrisky’s birthday party.”

@Ayobankole “Somehow, in the middle of all our endless myriad of problems in this country, Bobrisky has become our government’s priority.”

@Marvellouz01 “Though this is not our major problem in Nigeria today but the way police responded was good. Every law of the land must be kept. Police should please enforce the law that gives all Nigerians right to life. Insecurity in the land is too alarming.”

@Ipglow “Bobrisky has rights and that must be respected.”

@Realfreebornz “Why huh? Nigerian police should stop this joke and unlock the venue immediately, Bobrisky is not our problem Na APC and their kinsmen herdsmen.”

@DrEffab “Instead of the Police to go to Buhari’s Katsina to fish out bandits.”

@Realitydidthis “I live in a “country” where the “police” let men who rape 2-year-olds pay four figures and walk out the same day, but Bobrisky (a trans woman who legally isn’t even breaking any laws) gets ambushed and arrested on her birthday. That’s my reality.”

@Speak4themall “Bobrisky is “risky”. Therefore, he/she is a national threat. The world is laughing at this theatre of the absurd.”

For a social media influencer, Bobrisky may, indeed, be counting his blessings from the sorry incident. Records show he’s been popping up on search engines as the matter drags, and many believe that his followers are spiking as a result.

Bobrisky has the police to thank, inadvertently, for turning him into a ‘mega star’ without throwing money at promotions.