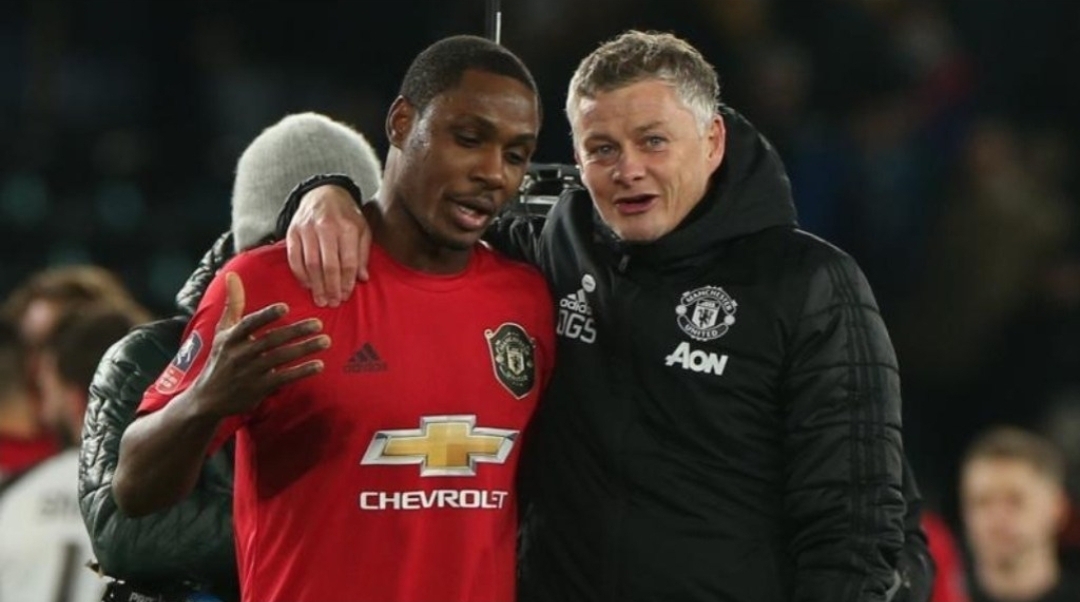 Ighalo struck a six-month loan deal from Chinese side Shanghai Shenhua in January, and has been impressive so far with the Red Devils.

The 30-year-old, who is currently playing at his dream club, says he is becoming a better player as his manager was a former striker for the club.

“As a striker, it is good when a striker is coaching you. And, as a striker, you benefit even more than the defenders,” Ighalo said about Solskjaer in an MUTV interview.

Read Also: Osimhen will break many records in Europe and Nigeria — Ighalo

“He is someone who has scored goals for a long time and has done a lot for United, so it’s good to learn from him.”

He added: “When I moved to United, I learned a few things from him. During games – there was even a game I scored in, and he said: ‘You should have scored more if you do this or do that’.

“I thought about it and I know if I would have done what Ole said, I would have scored more. He says: ‘You’re a striker, take the chance’.

“So I’ve learnt a lot from him, in terms of positioning and how to do one or two things in a game.”

Ighalo is keen on continuing his stay at United, as the club is reportedly set to sign him on a permanent basis from Shanghai Shenhua at a reported cost of €15million.

Oyo PDP denies Makinde is at war with Federal Government