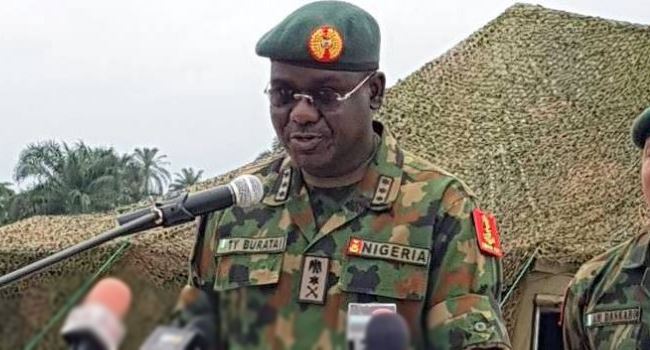 In a statement issued by its press department, the HRW urged the Nigerian government to ensure the children’s release in compliance with the United Nations Security Council recommendations.

The group also implored the government to hand over the children from military custody to civilian authorities for reintegration.

The Children’s Rights Advocacy Director at HRW, Jo Becker, expressed concern about the continued detention of children for alleged link with Boko Haram.

He said: “Many children have been detained with no evidence of Boko Haram involvement while for others, detention only adds to the suffering they have already experienced from Boko Haram.

“Nigerian security forces should release any remaining children and immediately sign a handover protocol to ensure that children victimized by Boko Haram receive the help they need.”

The group said between January 2013 and March 2019, Nigerian armed forces detained over 3,600 children for alleged association with armed groups.

“Children reported beatings, frequent hunger, and overwhelming heat. Most were never charged and held for months or years with no outside contact. Following publication of the report, security authorities released over 300 children from a maximum-security prison in Borno State.

“The Security Council working group noted that security forces had released 1,591 children from detention facilities between January 2017 and December 2019.

“The current number of children detained is unknown, however, as the authorities have denied the UN access to detention facilities. The working group called on the government to provide the UN with unhindered access to such facilities.

“In 2017, the Security Council working group urged Nigeria to adopt a handover protocol to ensure the swift transfer of children apprehended by security forces to civilian child protection authorities for reintegration. Such handover protocols have been adopted and put into operation in countries including the Central African Republic, Chad, Mali, Niger, Somalia, Sudan, and Uganda.

“In its new recommendations, the working group reiterated its call, urging Nigeria to expedite the review and adoption of a handover protocol.”