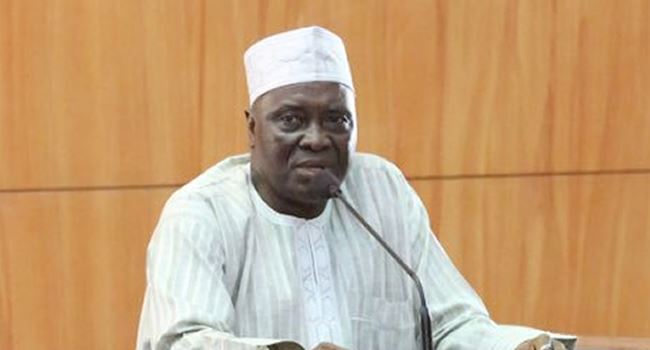 The Human Rights Writers Association of Nigeria (HURIWA) has urged President Muhammadu Buhari to dismiss Mr. Musiliu Smith, the Chairman of the Police Service Commission (PSC), due to what it claimed has been Smith’s ongoing incompetence while serving in the Buhari government.

This was contained in a statement issued on Saturday by the HURIWA National Coordinator, Emmanuel Onwubiko.

The call was issued as a follow up to a previous one by the Joint Union Congress of Police Service Commission, in which the employees accused Smith of being responsible for the widespread #EndSARS demonstrations in October 2020.

According to the joint union, if the PSC leadership had been proactive in solving the difficulties of policing in the nation, the willful destruction of police formations and the killing of several policemen would have been completely preventable.

Therefore, HURIWA stated that if their demands, which include securing merit-based advancement in the Nigeria Police Force, are not met, staff members of the Commission will launch a large protest. Augustine Adoyi, Chairman of the PSC Joint Union Congress, made this declaration.

The organisation also recalled how, among other things, a conflict over working conditions led to the body going on an extended strike last week.

Onwubiko bemoaned the fact that, contrary to the statute establishing it as a civilian monitoring body of the Nigeria Police, the Police Service Commission under Smith had turned into a division of the office of the IG.

The statement read, “It is embarrassing that instead of concerning itself with germane issues in consonance with its mandate, the PSC under Smith has engaged in needless battles like the distraction called the tussle over the recruitment of constables which it has been dragging with the IG, Usman Baba.

“Also, under IGP Smith, the NPF has continued to operate with arrant impunity. For instance, last December, policemen invaded an Anglican church in Imo State where they abducted Rochas Okorocha’s son-in-law, Uche Nwosu.

“A month before then, policemen invaded the Abuja residence of Supreme Court Justice, Mary Odili, before the police said the invaders were fake personnel. Many of these cases keep recurring yet PSC under Smith has been aloof and unconcerned.

“HURIWA posits that Smith honourably resigns or be sacked by the President if he is too tired to focus on the mandate of the commission to guarantee standard welfare for police in the country which will go a long way to boost their morale in the fight against criminality, especially as the country approaches an election year.”