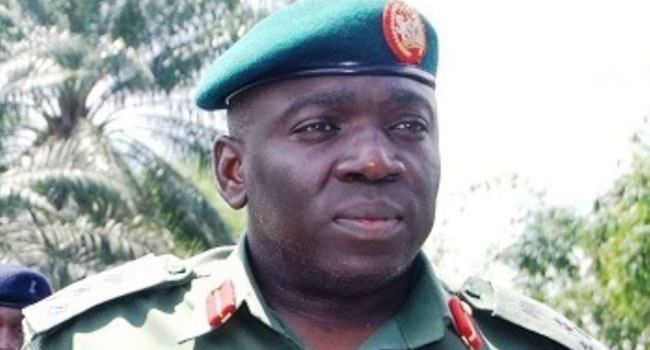 The Human Rights Writers Association of Nigeria (HURIWA) has threatened to drag the Chief of Army Staff, Lieutenant General Attahiru Ibrahim before the International Criminal Court (ICC) at The Hague-Netherlands over the alleged killings of youths in Imo State.

This was contained in a letter written to the COAS and dated Wednesday, May 5, and signed by the HURIWA National Coordinator, Emmanuel Onwubiko, who alleged that the army chief had done nothing to stop the killings in the state.

The organisation further urged the COAS to arrest and prosecute soldiers involved in these alleged extrajudicial killings.

The letter partly reads, “This is to bring to your notice officially of the happenings in Imo State, South East of Nigeria in connection with the large presence of operatives of the Nigerian Army on an Internal Security Operation.

“We observe with serious concern that the operatives of the Nigerian Army sent on Internal Operation have been implicated in several illegal acts in violation of the RULES OF ENGAGEMENT to an extent that last week, we were forced to issue a media statement on these extra-legal killings of young citizens of Nigeria in Imo State by the operatives of the Nigerian Army that your good offices sent on an Internal military operation.

“We pray that you immediately order the arrest and prosecution of those army operatives so described so that they are subjected to the due process of the law internally.

“Failure to so subject these alleged killers to the due process of the law will leave us with no option but to approach the International Criminal Court in The Hague, the Netherlands to demand that the offenders and the head of the Nigerian Army be prosecuted for crimes against humanity”.