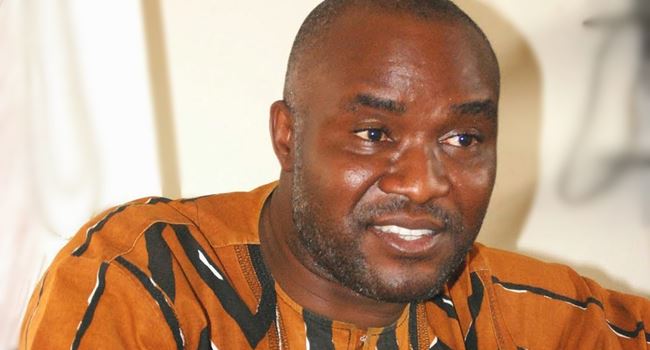 The Human Rights Writers Association, HURIWA, has called on President Muhammadu Buhari to put a stop to what it said, is the rising cases of deliberate genocide and targeted attacks of Christians and farmers by a combination of armed herdsmen and Boko Haram terrorists.

HURIWA in a statement issued on Monday which was signed by its National Coordinator, Emmanuel Onwubiko, accused the government of using diversionary tactics in tackling the issues of massacres.

The rights group also lamented that each time Miyetti Allah Cattle Breeders Association makes inflammatory statements threatening national security, the Presidency will dig up accusations against imaginary enemies such as the IPOB.

The statement by HURIWA read in part; “The presidency had on Sunday accused the IPOB of using false claims to deceive the United States and the United Kingdom using the cover of Christianity to call for a US special envoy to be appointed to stop the “genocide” of Christians in Nigeria, insisting that the real purpose of the secessionist group is to cause disagreement between the Nigerian government and its US and UK/European allies.

“The statement by the Presidency is a soft propaganda against the IPOB and a diversionary tactic by the Buhari government to take the attention of the global community away from the genocide and killings of Christians and farmers by the Boko Haram terrorists and armed Fulani herdsmen going on all over the Country.

“HURIWA also recalled that Boko Haram has kept one of the Dapchi schoolgirls, Leah Sharibu, who had refused to deny her Christianity.

“HURIWA challenges the current the Buhari administration to tell the world how many of the killers have been arrested and prosecuted and punished for these heinous crimes against humanity,” the statement added.